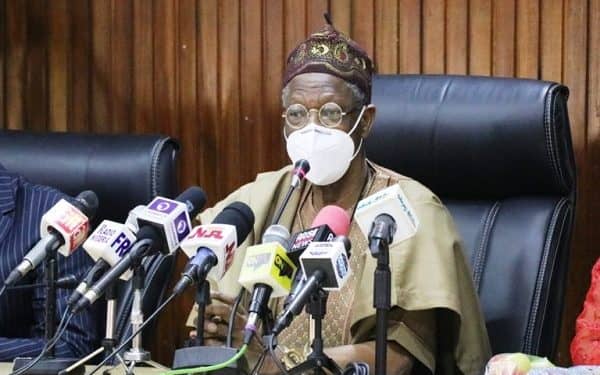 Information and Culture Minister Lai Mohammed has said Nigeria will not prosecute repentant terrorists “because there are international conventions” that must be followed.

Lai Mohammed, in an interview with the News Agency of Nigeria (NAN) in Washington yesterday, said that calls for the prosecution and killing of the repentant militants rather than granting them amnesty were against global best practices.

“I personally spoke to the military authorities before I left Nigeria and they said what they were doing is what the global practice dictates about soldiers that surrendered that should be treated as prisoners of war,” the minister said.

“You cannot just shoot them because there are international conventions that give rights also to prisoners of war.

“What the military is doing is that when they surrender, they profile them to ensure that they are genuine and reintegrate them into the society.’’

The minister added that it was unfortunate and inconceivable that some Nigerians would be going about with fake news that the surrendered insurgents would be engaged in the military.

He, however, admonished “fifth columnists and naysayers” to stop spewing negative and false narratives around Boko Haram members who are surrendering in droves in the North-East.

The minister also berated those who claimed that the surrendered insurgents were not actual Boko Haram fighters.

Mohammed said rather than changing the narratives, President Muhammadu Buhari and the military should be respectfully commended for their resourcefulness and doggedness respectively in the fight against insurgency.

“The fact that we are witnessing insurgents submitting in droves calls for the commendation of our military for their doggedness.

“We must not forget that two months ago, Nigerians were putting pressure on the President to recruit mercenaries to fight the war against terror because they said we were losing the war.

“The President, however, remained focused and confident in his belief in the Nigerian military that they have what it takes to defeat the insurgents.

“We thank God that Mr. President today has been proven right.

“We were able to achieve this largely because of the leadership of Mr. President in providing the wherewithal continually to the military and ensuring that their fighting morale is sustained by way of welfare packages,’’ he said.