It Is Time To End Banditry, Terrorism – PDP Governors 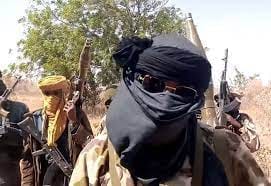 Governors elected on the platform of the Peoples Democratic Party (PDP) have called on the Federal Government to end the activities of bandits, terrorists, and kidnappers terrorising residents in parts of the country.

“It is time to bring the activities of bandits, kidnappers, and terrorists to an end, through increased use of military equipment. Traditional means of conflict resolution and technology for surveillance and the development of the political will to flush them out.

“Kidnapping, banditry, and terrorism are not business ventures as claimed by APC but heinous state crimes, that is destroying the Nigerian economy, the educational and social future of our children and causing significant social upheavals in society,” said Sokoto State Governor and Chairman of the Forum, Aminu Tambuwal, who read the communique issued at the end of the meeting.

On the economy, the governors admonished the All Progressives Congress (APC) led Federal Government to collaborate more with state governments to stem the unemployment scourge affecting the youths.

They recommended that this could be achieved through technology and increased production in all fields of endeavour.

The governors, however, asked the government to stop paying lip service on the Ease of Doing Business, saying foreign direct investments have continued to fall partly due to obstacles placed on foreign companies willing to invest in Nigeria.

“A glaring example is that of Facebook who insisted on investing in Nigeria rather than Ghana, and is being frustrated by regulatory authorities,” Governor Tambuwal said.

The governors urged Nigerians to take advantage of the ongoing registration of voters by the Independent National Electoral Commission (INEC) to arm themselves with the necessary tools in the struggle to “rescue Nigeria from the APC maladministration”.

They also asked the youths and women to use the opportunity of the PDP e-registration exercise to register as members of the party, while existing members should update their membership electronically.