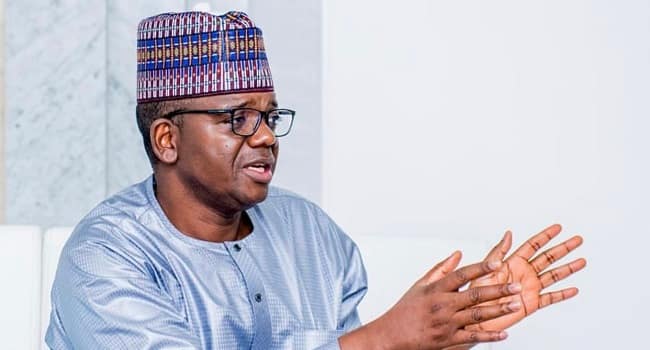 ⌊ Zamfara State Governor, Bello Matawalle is raising alarm over the level of criminality in the state

Governor Bello Matawalle of Zamfara State has attributed the escalation of banditry and kidnapping in the state to unresolved lingering conflict between herders and farmers by past administrations.

Matawalle also inferred that the failure of some states in the Northwest region to enter into dialogue with the bandits has further led to the degeneration of the menace.

Furthermore, the governor identified the killing of a prominent Fulani leader in Dansadau as another factor responsible for the escalation of banditry in the state, saying that followers of the Slainned Fulani leader in Zamfara, Kebbi, and Sokoto states became aggrieved and started attacking perceived killers of their leader to avenge his death.

This he said, subsequently led to hostilities between the Fulani and Hausa communities, with each group attacking and killing one another.

Speaking through his Commissioner-designate, Ibrahim Dosara during a Security conference in Kaduna State, Governor Matawalle said the herders and farmers’ conflict lingered for too long due to the weakening of the traditional institution and the judiciary in resolving the problem or prosecuting offenders.

He noted that the inability of the government to resolve the conflict consequently made some of the actors involved devise some other means of tackling the problem, which sadly resulted in banditry within Zamfara.

Other contributory factors that escalated banditry in Zamfara state according to the Commissioner, include the proliferation of arms into the Northwest region through the porous borders from some African countries like Mali, Libya, and Chad.