Taliban ‘Intensifying’ Search For Afghans Who Helped US – UN 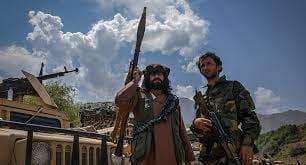 The Taliban is intensifying a search for people who worked with US and NATO forces, a confidential United Nations document says, despite the militants vowing no revenge against opponents.

The report — provided by the UN’s threat-assessment consultants and seen by AFP — says the group has “priority lists” of individuals it wants to arrest.

Most at risk are people who had central roles in the Afghan military, police and intelligence units, according to document.

The Taliban have been conducting “targeted door-to-door visits” of individuals they want to apprehend and their family members, the report says.

It adds that militants are also screening individuals on the way to Kabul airport and have set up checkpoints in major cities, including the capital and Jalalabad.

The document, dated Wednesday, was written by the Norwegian Center for Global Analyses, an organization that provides intelligence to UN agencies.

“They are targeting the families of those who refuse to give themselves up, and prosecuting and punishing their families ‘according to Sharia law,’” Christian Nellemann, the group’s executive director, told AFP.

“We expect both individuals previously working with NATO/US forces and their allies, alongside with their family members to be exposed to torture and executions.

“This will further jeopardize western intelligence services, their networks, methods and ability to counter both the Taliban, ISIS and other terrorist threats ahead,” he added.

The report says the militants are “rapidly recruiting” new informers to collaborate with the Taliban regime and are expanding their lists of targets by contacting mosques and money brokers.

The Taliban have launched a public relations blitz since sweeping back into power on Sunday, including promising a full amnesty for all who worked with the elected Afghan government.

But Afghans and observers have not forgotten the Taliban’s ultra-conservative Islamic regime of 1996-2001 when brutal punishments, such as stoning to death for adultery, were imposed.