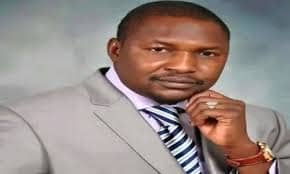 The Federal Government, on Thursday said it was concerned that over 13,777 projects being handled by the Niger Delta Development Commission had their execution “substantially compromised.”

It also said the commission had about 362 bank accounts without proper reconciliation.

The Attorney-General of the Federation and Minister of Justice, Abubakar Malami, said this while receiving the forensic audit report of the NDDC from the Minister of Niger Delta Affairs, Godswill Akpabio, in Abuja.

Malami said the government was concerned about what he described as the colossal loss occasioned by uncompleted and unverified development projects in the Niger Delta region in spite of releasing about N6tn to the commission in eight years.

According to him, the essence of the forensic audit was to ensure accountability in the use of public funds.

“The Federal Government is particularly concerned with the colossal loss occasioned by uncompleted and unverified development projects in the Niger Delta region, in spite of the huge resources made available to uplift the living standards of the citizens.

“We have on record over 13,777 projects, the execution of which is substantially compromised. The Federal Government is also concerned with the multitudes of Niger Delta Development Commission’s bank accounts amounting to 362 and lack of proper reconciliation of accounts.”

“The essence of the forensic audit is to ensure probity and accountability in the use of public funds. It is against this background that the Federal Government will without hesitation strategically implement all aspects of the audit that will promote probity and greater prosperity for the Niger Delta region and Nigeria as a whole,” the AGF added.