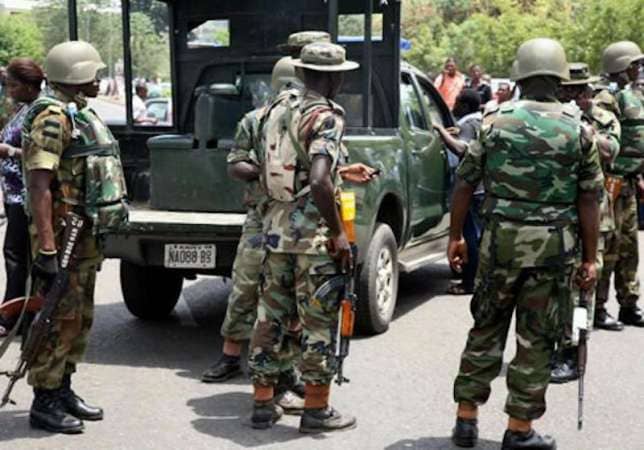 The deceased was reportedly beaten by the soldiers stationed at Paringada Market while returning from Mangu before the curfew hour.

The curfew is from 10pm to 6am but Sadik was said to have returned around 9:20pm.

Abdullahi Karafa, an elder brother of the deceased, narrated how his brother was killed by the soldiers.

He said: “We were at home when a call came in from a mutual friend that our brother was arrested and being beaten by soldiers along Faringada road. On hearing that, one of my younger brothers, Umar Abdullahi, quickly went to the scene and saw the soldiers were beating him.

“When he told them that Sadik was his brother, they ignored him and put him inside their Hilux. My bother returned home that very Friday night and we all decided that we will visit the checkpoint in the morning since it was already 10 pm. On the morning of Saturday, we went to the Faringada checkpoint and saw that he was already dead.

“We then took the corpse to the Katako police station to report about the incident. There was no explanation as to why he was severely beaten to death. The General Officer Commanding 3 division has visited the family to console and promised to ensure justice. We will not leave this to free. We are demanding justice,” he added.

Contacted the spokespersons of the OPSH , Ishaku Takwa, said he would find out and get back to our correspondent but he had not done so as of press time.