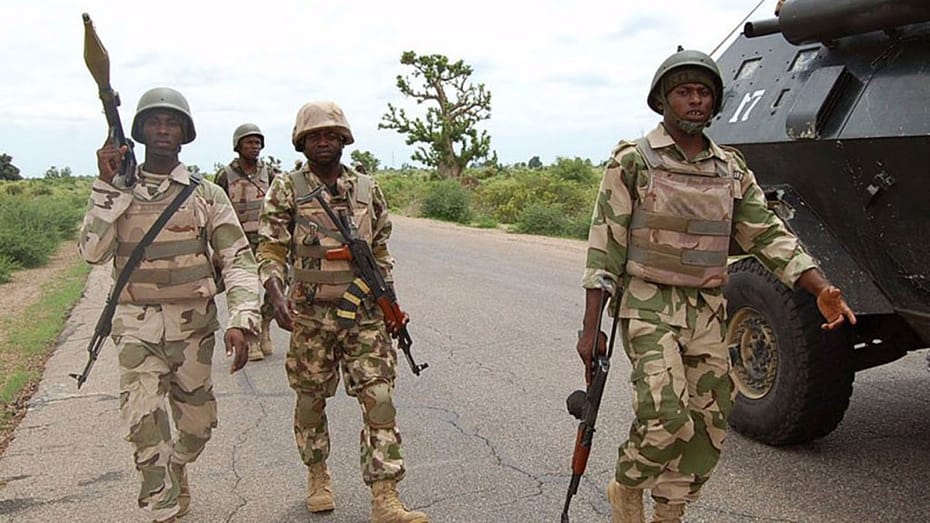 Istifanus Gyang (PDP – Plateau North), has called on Nigerians to regularly pray for soldiers in war fronts to enable them succeed.

Gyang spoke on Saturday in Jos at the funeral of Retired Maj.-Gen. Dung Chong, former Director of Military Intelligence. Chong, who died on June 23, was laid to rest at his residence in Bukuru, Jos South Local Government Area of Plateau. He was aged 63.

The lawmaker said that the military personnel and other security agencies fighting in war fronts needed massive support, encouragement, and prayers of Nigerians to boost their morale.“The military deserves support by the Church and all Nigerians. They need all prayers to execute the mandate of safeguarding lives and property,” he said. He described Chong as an accomplished military officer who displayed immense patriotism and professionalism in the discharge of his duty. Chief of Army Staff (COAS), Lt. Gen. Farouk Yahaya, represented by Maj.-Gen. Bala Isandu described Chong as “a fearless and gallant soldier”.Yahaya added that the deceased contributed immensely to the unity and peace of Nigeria while in service.“He was a patriotic and thorough soldier, who sacrificed for this nation and his many attributes will live for many years to come“He was a dedicated, hardworking, loyal, and gallant senior officer who rose to become the Director of Military Intelligence.“Maj. Gen Chong’s contributions to the Nigerian Army and the good life he lived after retirement from service will always be remembered,”

the COAS said the former governor of Plateau, Sen. Jonah Jang, said Chong was a fine, unassuming, dedicated and committed officer who rose steadily through his military career and made great impact in all places he served. Jang, represented by a former Chief of Staff in Government House, Jos, Da Francis Bot, said Chong had personified the word humility during his lifetime.“I enjoin members of his family to thank God for the life and times of Chong who dedicated his life to his family, his community, and meritorious service to this nation.“His death has really left a vacuum that can only be filled by God,” Jang said.

On his part, Gov. Simon Lalong described the deceased as a humble, disciplined personality, leader and mentor, who helped in building the Nigerian army. Lalong, represented by Mr. Dan Majang, the Plateau Commissioner of Information and Communication, said that Chong’s record of service attested to his kindness, brilliance, diligence, and professionalism throughout his career. Long added that the late army general left good legacies that would stand the test of time, adding that he would be remembered for his dexterity and friendship. In her testimony, Mrs. Rose Chong, wife of the deceased, said her husband lived a godly life till his demise.“My joy resides in the fact that my husband accepted Jesus as his Lord and personal Saviour and demonstrated that new birth through his lifestyle. That is my main source of comfort,” he said.

She thanked the military, Federal and state governments, members of the National Assembly from Plateau, and the Church for the show of love to the family during its moment of grief. (NAN)