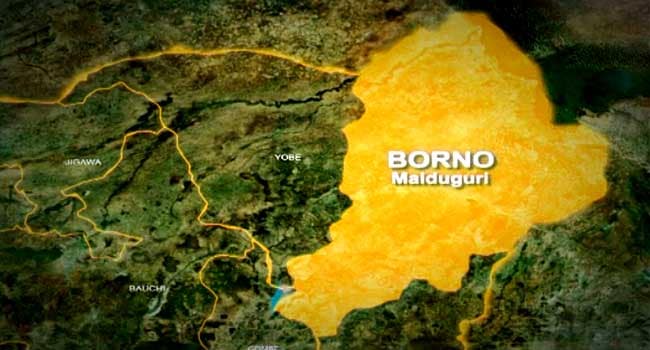 No fewer than 20 civilians have died from a supposed airstrike in Dabar Masara, a border town in Monguno Local Government Area of Borno State.

Although military authorities were yet to respond to the incident at the time of filing this report, local sources confirmed the airstrike to Channels Television on Tuesday.

It was gathered that the airstrike occurred on Sunday afternoon when a jet flew over the general area and dropped bombardments in three different locations all within Dabar Masara.

The civilians, mostly farmers, were either on their farms or at the river bank when the tragic event happened.

Dabar Masara is a farming and fishing community located on the Nigerian side of the Lake Chad region in Monguno local government of Borno State.

“In one of the locations attacked, we were told that 10 persons were evacuated and buried that same day,” a source said.

“Maybe they mistook them for Boko Haram for which I won’t blame them, but those were our relatives and they were only out looking for their daily bread because even if they stay at home nobody will give them food.”

Sources claim Boko haram fighters have not attacked locals in a long time as, according to them, they mostly storm the villages to loot food or fish without harming any villagers.

This is, however, not the first time an accidental airstrike by the military will take place in the northeast where the nation has been battling the decade-long insurgency war.

Two weeks ago, more than 10 villagers were killed in a similar airstrike during a pursuit of Boko Haram insurgents in neighbouring Yobe State.

Security sources had said the Air Force launched the airstrike on Buhari village in Yunusari Local Government, north of Yobe from Damaturu, the state capital, while chasing the insurgents into the village.

Yunusari, which shares an international border with the Niger Republic, has an area of 3,790 km2 and a population of 125,821, according to the 2006 census.

A source at Geidam General Hospital told Channels Television that over 20 wounded villagers had been brought to the hospital.