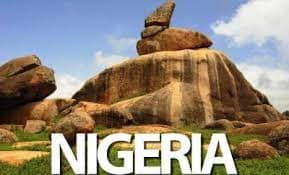 An oil and gas magnate, Mr Akanimo Udofia, has said that the huge untapped potential in the Nigerian tourism industry is bigger than the benefits deliverable from the petroleum industry.

Udofia’s assertion is contained in a statement issued on Saturday at the end of the Annual General Meeting of Nigerian Association of Tour Operators (NATOP) held in Uyo, the Akwa Ibom capital.

The statement, signed by Mr Ikechi Uko, a tourism promoter, quoted Udofia as saying that unlocking the prosperity in the tourism sector would further attract visitors and investors to

He explained that a country such as Thailand earned as much as 60 billion dollars from tourism yearly.

“Tourism will be bigger than oil and gas in Nigeria if well harnessed.

“Saudi Arabia, despite being rated as the second largest petroleum producer in the world,  makes 12 billion dollars from the 12 million pilgrims and tourists it receives annually,’’ Udofia was quoted as saying.

“Sao Tome and Principe with a total population of 219,000, earns 66 million dollars from tourism annually, representing about 17 per cent of its Gross Domestic Product (GDP).

“The Gambia also makes about 116 million dollars yearly from tourism, which accounts for 20 per cent of its GDP,” he said.

Udofia noted that the globalisation of health had led to an increase in medical tourism.

“Tourism is an area I am deeply passionate about because it represents one of the world’s leading service sectors that generate sustainable revenue, as well as being a major wealth and job creator,” he said.

According to the statement, Udofia donated N5 million to support NATOP and its drive to grow tourism in Nigeria.

Mrs Bilikisu Abdul, NATOP’s President, thanked Udofia for his gesture and commended him for his passion for humanity.

Mr Orman Esin, Commissioner for Tourism in Akwa Ibom,  also thanked Udofia for displaying the hospitality which Akwa Ibom is reputed for.

“Akwa Ibom is ready for tourism and has the means and capacity to make a success of it,” he said.

NATO’s Chairman Board of Trustees, Mr Nkereuwem Onung,  thanked Udofia for his gesture, saying ” NATOP is a young association with a weak base because of the state of tourism in Nigeria.

“This support (from Udofia) will go a long way in strengthening the association. Most of our members are young but passionate and so this will encourage them,” he said.