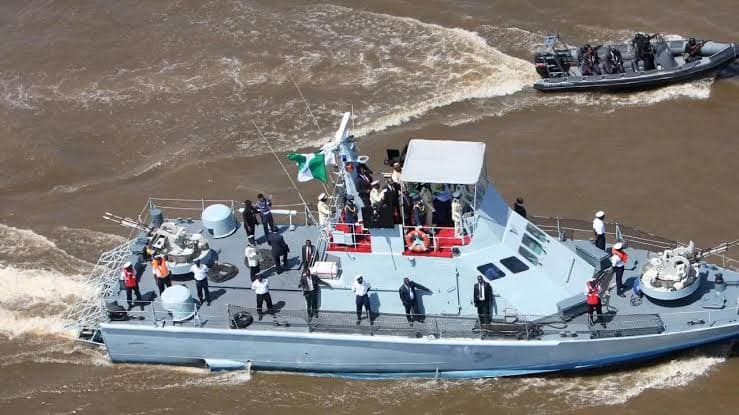 The Commander, NNS BEECROFT, Commodore Bashir Mohammed, in a press statement on Tuesday, said that the crew members were rescued on Thursday, Aug. 5.

“The Search and Rescue Operation was conducted following a distress call put across to the Base.

“In response to the distress call, the patrol team of the Base, in collaboration with some personnel of the Nigerian Customs, swung into action.

“This led to the rescue of 12 out of the 13 crew onboard the vessel at the entrance to the Lagos Harbour and a search for the missing sailor is still ongoing,” he said.

Mohammed attributed main engine failure of the fishing vessel and heavy waves, as responsible for the mishap.

He added that the timely intervention of the Base was responsible for saving the lives of the crew.

“The Nigerian Navy, in conjunction with the company and other relevant agencies, are conducting necessary investigations to unravel why the vessel capsized.

“The rescued crew members have since been handed over to the representatives of SEABLESS Fishing Company Limited, Mr Affa Azeez, and they are undergoing medical treatment,” the Commander said.

He commended the search and rescue team of the Base for their efforts.

He reassured Nigerians of the Chief of Naval Staff, Vice Admiral Awwal Gambo’s commitment towards sustaining the safety and security of lives and property within the country’s Maritime environment, among other constitutional roles.