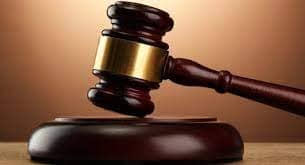 The benefits were funds from programs meant to assist American workers and families seeking to make ends meet during the COVID-19 pandemic, according to Acting U.S. Attorney Kurt R. Erskine.

He was sentenced by U.S. District Judge William M. Ray II to five years and ten months in prison to be followed by three years of supervised release.

He was sentenced along Gabriel Kalembo, a previously convicted fraudster who laundered the fraudulent assets.

“The COVID-19 pandemic has had a devastating effect on us all. The enterprise created by these serial criminals further victimized our citizenry by robbing them of financial resources that were intended to help them,” Special Agent in Charge Steven Baisel, U.S. Secret Service Atlanta Field Office, said.

“Thanks to our judicial system, justice has been served.”

According to a statement from the US Department of Justice, “between May 9, 2020 and May 16, 2020, Muraina used stolen personally identifiable information from Washington residents to submit false claims for unemployment insurance benefits in Washington.

“Based on Muraina’s fraudulent claims submitted in the names of approximately fifty Washington residents over a one-week span, the State of Washington issued more than $280,000 in unemployment benefits.

“Muraina directed fraudulent funds from his unemployment benefits scheme and tax fraud scheme to be deposited into bank accounts set up by co-conspirators, including Gabriel Kalembo, who was convicted in 2017 of conspiracy to commit wire and bank fraud in the Northern District of Georgia.

“Kalembo recruited Zambian nationals to travel to the United States on tourist visas to incorporate sham corporations in Georgia and open business bank accounts in the names of those corporations.

“After the fraudulent funds were deposited into those accounts, Kalembo laundered the funds by cashing money orders purchased with debit cards linked to the accounts.”