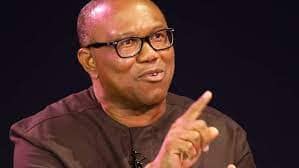 A former vice presidential candidate of the Peoples Democratic Party (PDP), Peter Obi says Nigerians are getting poorer because the government is borrowing for the wrong reasons.

Mr Obi, who was a guest on Channels Television’s Sunday Politics, argued that while it is not a crime to borrow money, the funds must be used solely for productions that enhance the lives of the citizens and enrich the economy.

“I am saying that the country is not productive and there is nothing wrong in borrowing; if you are borrowing, then it shouldn’t be for consumption and that’s why more and more people are getting poorer,” he asserted.

According to the former Anambra State governor, the nation’s Gross Domestic Product (GDP) cannot be growing while the people are getting poorer.

He believes the growth Nigeria needs is one which “pulls people out of poverty by making the people have disposable income and be able to feed themselves”.

Mr Obi further added that the nation needs the kind of growth that will educate the children and provide primary health care for all communities.

“These are critical areas we want to go into,” the statesman stressed, noting that Nigeria must do away with speculative growth that is given media hype without positively affecting the masses.

In a bid to chart a way forward, the astute businessman said that the biggest engine for economic growth is the micro, small, and medium enterprises.

“That engine today is not being supported in Nigeria. Nigeria has a total of 40 million SMEs but there is not properly articulated fiscal and monetary policy to support the critical sector.

“The entire loan to the private sector in Nigeria today is about N30 trn. Less than N1.5 trn is going to SMEs. This is less than five per cent of the entire loan. This means Nigeria is not supporting its engine that can enhance the nation’s economic growth.

“The SMEs are the biggest employer of labour in many advanced countries of the world. We need fiscal monetary policies that would invest in this engine of growth in order to create jobs.”

Peter Obi’s comments are coming about two weeks after Nigeria’s GDP grew by 5.01% (year-on-year) in real terms in the second quarter of 2021.

According to the National Bureau of Statistics (NBS), the increase in the GDP index marked three consecutive quarters of growth following the negative growth rates recorded in the second and third quarters of 2020.

But the PDP stalwart maintained that the development is not a thing to rejoice about.