Lai Mohammed: “We Are Not Aware Of $875m Ammunition Deal With US “ 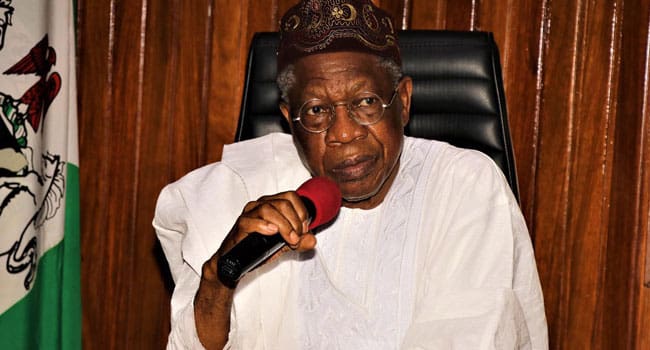 The Minister of Information and Culture, Alhaji Lai Mohammed says the Federal Government is not aware of any $875 million ammunition deal with the US which is being purportedly obstructed by some lawmakers in the States.

Mr. Mohammed stated this while speaking with newsmen on Friday in Abuja. According to him, there is no contract of such nature and sum between Nigeria and the US.

He described as #Fakenews, the purported sale of the weapons and explained that apart from the 12 AH-I-Cobra attack helicopters of which Nigeria has taken delivery of six, the government is not aware of any contract as being speculated.

The Minister said the received AH-1- Cobra Attack helicopters would be launched sometime in August, adding that the Federal Government is“quite satisfied with the progress and cooperation that we received from the government of the US on this issue”.

Reports suggesting that influential U.S. lawmakers were obstructing a proposed sale of ammunition and attack helicopters to Nigeria over allegations of human rights abuses and anti-democratic actions of the present administration have been making the

Lai Mohammed however stated that the reports are false, emphasizing that “the relationship between Nigeria and the US is smooth and waxing stronger”.