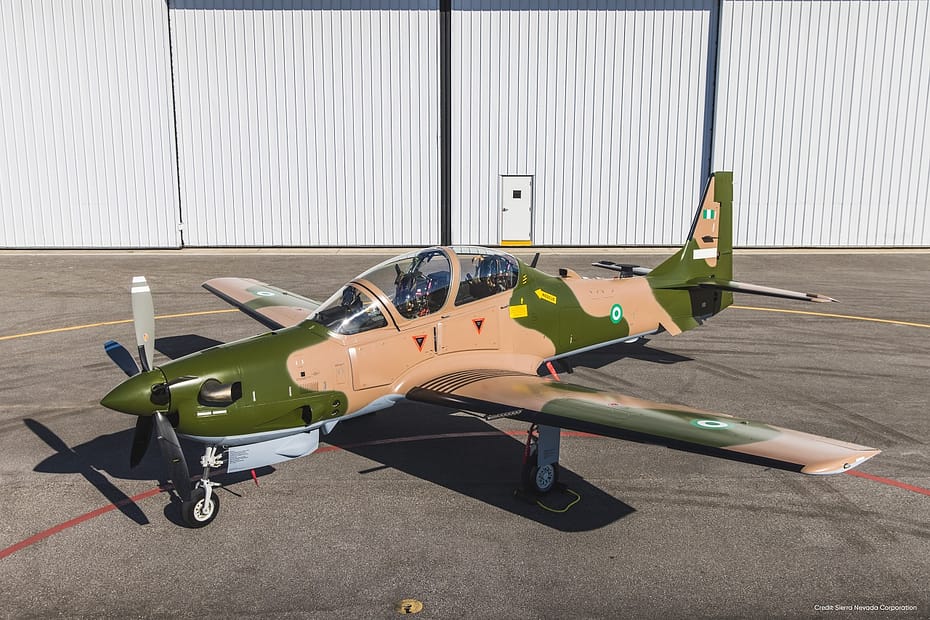 NAF Director of Public Relations and Information, Edward Gabkwet, in a statement on Thursday, said the fighter jets departed from the US on Wednesday and are expected in Nigeria anytime soon.

The statement was titled, ‘First Batch Of A-29 Super Tucano Aircraft Depart The United States Of America For Nigeria’.

It partly read, “The six aircraft will be leapfrogged through 5 countries including Canada, Greenland, Iceland, Spain and Algeria before arriving their final destination in Nigeria towards the end of July 2021.

“An official induction ceremony of the aircraft into the inventory of the Nigerian Air Force is already being planned at a later date in August 2021 to be announced in due course. The Office of the Director of Public Relations and Information remains open to any inquiry regarding the arrival and induction of the aircraft.”

The PUNCH had earlier reported that the Federal Government in February 2018 placed an order for 12 Super Tucano aircraft at a cost of $496million. Several delivery dates have been announced for the aircraft before Thursday’s announcement.

The fighter jets are expected to boost the operations of the military in its anti-terrorism war against Boko Haram and splinter group, the Islamic State in West Africa Province, in Nigeria’s North-East.