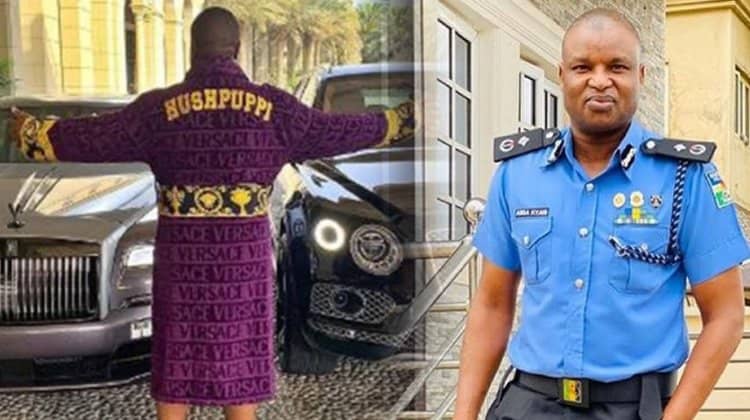 There is no doubt at all that the most topical issue in the country today is the bombshell Hushpuppi-related US court order that agents of the Federal Bureau of Investigation have come to Nigeria to execute against Abba Kyari. He is Nigeria’s most decorated super cop, Deputy Commissioner of Police, and until recently commander of the elite Intelligence Response Team of the Nigeria Police Force.

Saying that a man like Abba Kyari, with his stellar achievements and rapid promotions, must have stepped on the toes of many of his colleagues and superior officers and has aroused envy and wrath in the process, is to make an understatement. But the aura and mystique of invincibility and impregnable network of influencers and operators of power he masterfully cobbled together kept potential predators at bay. That was until the FBI agents showed up at our doorsteps for him. Truth is that Abba Kyari has committed not less than seven fatal mistakes that are creating PR and credibility nightmares for him, the Police High Command, and the Presidency.

Abba Kyari lived a very lavish lifestyle that was totally out of sync with his position and legitimate means. Worse still, he didn’t care who knew it, hence he kept uploading photos of trappings of his wealth on his Instagram and Twitter walls. The populace of any country in the world abhor seeing – or even hearing stories of – their cops imitating the lifestyles of fraudulent and ostentatious politicians and criminals.

Abba Kyari not only mindlessly flaunted his wealth in the public square, but also allowed – if not encouraged – his younger brother to follow suit.

When the story first broke, Kyari tried to pooh-pooh it by mocking and taunting the FBI and the Police High Command: “Hahahaha,” he tweeted, “indicted where, How? On social media, abi…good luck to dem bad belle people waiting to see us arrested.” Although the tweets were eventually deleted, they had incensed the FBI agents and fanned growing anger and consternation among the top echelons of the NPF.

Even as he was talking too much too soon, much of what Kyari was averring in his defence was unconvincing and ludicrous. For example, he was quick to counter that the only connection between him and Hushpuppi was a request by the latter asking him to make copies of his (Kyari’s) fashionable wears, and that the relationship ended when he paid the designer the sum of N300,000 Hushpuppi had provided as payment for the finished products. Wondered Kyari: “Many people who admire our clothes are connected to the designer, so that is an offence now?”

Indiscretion as well as lamentable lack of perspicacity evidenced in attending the burial ceremony of Obi Cubana’s mother and having photos of his active involvement going viral on social media platforms.

Allegedly threatening to bring others down with him if approval is given for him to be extradited to the USA, including retired and serving senior police officers and prominent members of the public. Some names have already gone viral on social media platforms.

Capitalising on long-existing fault lines to goad the Police Service Commission  and the PHC into another do-or-die battle for supremacy on policy matters. The PSC has since disclosed that it would conduct its own “separate and independent” investigation after receiving the IGP’s investigative report. Isn’t this simply a ruse to buy time for whatever reasons?

Having seemingly covered all loose ends in Nigeria, Kyari understandably crowed about his invincibility. But the highly intelligent celebrity crime-buster failed to take the foibles of Hushpuppi into account. The global Internet fraudster had apparently chosen to keep details of their business transactions apparently as a trophy with the likely intention of bragging to friends about how successful he has been in his line of work.

When silence mattered most, Kyari kept making unforced errors by opening his mouth widely. “Blessed be the man,” chimed George Elliot (pen name of female English novelist Marian Evans), “who, having nothing to say, abstains from giving in words evidence of the fact.”

No one is accusing Obi Cubana and his monied guests of any wrongdoing. But Kyari should have opted to err on the side of discretion. In explaining why he divorced his second wife, Pompeia, Julius Caesar allegedly averred that prominent public figures should avoid attracting negative attention and scrutiny or even the tiniest whiff of scandal, giving rise to the idiomatic saying that Caesar’s wife must remain above suspicion at all times and on all occasions.

An occasion where wealth was wantonly on display, such as the unbridled ‘hurling’ of bundles of currencies,wasn’t one any self-respecting prominent cop should’ve graced. Kyari’s right of association is guaranteed by the constitution, but like the Good Book so poignantly declares: “All things may be legal but not all things are expedient.”

part from inadvertently courting a compulsory invite to an Abacha/Abiola tea party, Kyari’s alleged threats, if true, tell their own story and no further explanation is needed. Experiences of other Nigerians similarly caught in the sights of the US legal system in the past, such as Executive Chairman of Air Peace Airlines, Chief Allen Onyeama, and former Vice President Atiku Abubakar, ably demonstrate that that an accusation doesn’t automatically amount to a guilty verdict. Kyari’s arrogance only makes it increasingly difficult for the Federal Government to find a diplomatic way to resolve his matter.

Members of a major school of thought contend that the US court order is compliant with an extradition treaty signed between Nigeria and the USA in the mid-1930s – and reviewed in the mid-1950s. Sadly, these are largely the same people vilifying the Presidency for seeking Sunday Igboho’s extradition from Benin Republic.

But treaty or no treaty, a Nigerian court order to arrest an American citizen – whether of high or low status – in America would only generatehowls of derision and butt of very unkind jokes before the paper is thrown into a trash can! Nigeria is a sovereign nation with her own laws and justice systems which should be rightly respected. So, while the evidence against Kyari is compelling and damning on the surface, due process must be allowed to fully play out itself.

Albeit, it must also be noted that Nigeria isn’t an island to itself. As the cases of Nnamdi Kanu and Sunday Igboho clearly demonstrate, we may also require similar cooperation in this regard from other nations.And while the USA may not arguably have the right to arrest a Nigerian citizen in Nigeria, it does have the power and wherewithal to spirit any target out of the country should shove turn to push, as the cases of Panamanian military dictator Manuel Noriega and Al-Qaeda’s Osama bin Laden clearly indicate.

A political time bomb for the administration is whether it would wittingly or unwittingly provide any basis for perceiving differences in the way and manner the cases of Kyari, Kanu, and Igboho are handled through the primordial prism of geography (Arewa versus South) and religion (Islam versus Christianity)!

President Muhammadu Buhari must consequently carefully weigh the pros and cons. A lot would depend on whether the influential backers of Kyari who have the president’s ears are able to convince him that keeping Kyari has a higher value than repatriating Igboho since Nigeria cannot be seen to be doing everything possible to frustrate Kyari’s repatriation to the US and be simultaneously fighting tooth and nail to bring Igboho home.