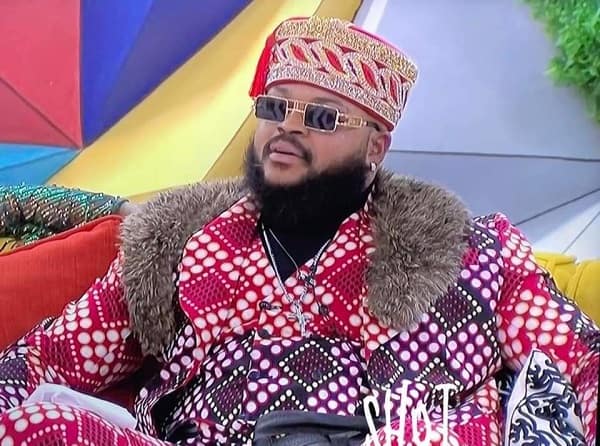 Whitemoney, who has millions of fans, polled the highest votes to defeat his runner up, Liquorose, at the finale.

The winner, who is also called Mazi by other 25 ex-housemates, first made his impact in the house a week after the show began on Saturday, July 24, 2021.

It did not take long before his culinary expertise made him the show’s resident chef.

In the third week, Whitemoney became a full-blown threat to a couple of ex-housemates that included the second runner-up, Pere.

Pere had told other housemates during his reign as the Head of House that Whitemoney’s largesse with the cooking was all a strategy. This, however, did not go down well with other housemates who were left hungry for almost a week.

One of Whitemoney’s highlights on the show was his showdown with Pere just before the show got into the fifth week. The two had a showdown that had many fans of the show tilting towards Whitemoney.

The resident chef, who was also regarded as daddy to another housemate, Nini, was one of the top favourites for many housemates. He also won the hearts of several housemates for giving advices and helping them out, even to his own detriment.

Whitemoney, an entrepreneur and beautician, is originally from Enugu State and has lived in several parts of the country before settling down in Lagos.

The show host, Ebuka Obi-Uchendu, had announced earlier announced the eviction of Emmanuel, Angel, Cross and Pere from the Big Brother House.

Minutes after, Cross and Pere became the 23rd and 24th evictees.

Whitemoney and Liquorose walked out of the house to the stage before Whitemoney was announced the winner of the show.

According to the organisers, Whitemoney will be rewarded with N30 million cash prize, a top of the range SUV from Nigerian automaker, Innoson Motors, a trip to Dubai for two packaged by TravelBeta, a trip for one sponsored by Guinness to Seychelles, a year’s supply of Pepsi, among other prizes.