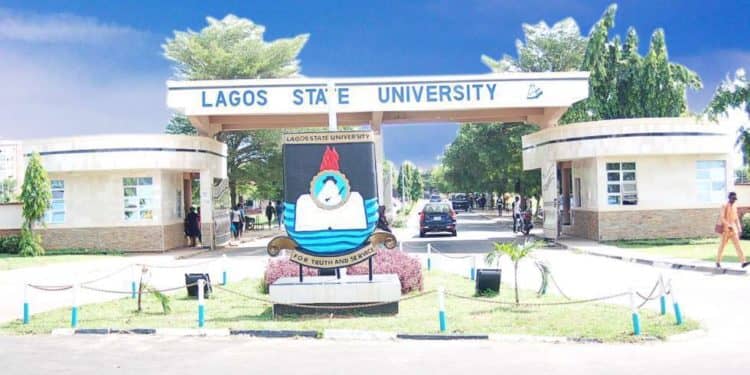 Armed robbers on Wednesday night attacked a Senior Assistant Registrar at the Lagos State University, Waheed Majekodunmi and a former student of the university, Nurudeen Alowonle  (aka Omomeewa), killing the latter.

The duo was said to have left the campus around 8 pm through the Iba Gate before they were attacked along the Egbeda-Igando Road.

According to the institution’s Centre for Information Press and Public Relations Coordinator, Ademola Adekoya, Majekodunmi, who was lucky to have escaped with the gunshot wounds, was receiving treatment at the University Health Centre.

LASU management, Adekoya said received the report of an attack with great shock.

While condoling with the families of the deceased, the university described some reports about the incident as “inaccurate.”

Adekoya said investigations carried out so far showed that Omomeewa was yet to receive his certificate due to an ongoing disciplinary case that he was facing in the university.

He said: “The panel presiding over his case began sitting in 2019. The case continued until 2020 but the panel could not sit due to the Covid-19 pandemic-enforced lockdown, which took the larger part of the year. He was, however, invited by the panel, alongside other students who had ongoing disciplinary cases, on Wednesday to defend himself.

“Omomeewa appeared before the panel that same day as scheduled. He was in fact, the first student attended to by the panel, and his case was concluded before 2pm. Since leaving the panel before 2pm, Omomeewa ostensibly remained on the university campus until late in the evening during which time he met up with Mr. Waheed Majekodunmi.

“The duo were said to have hobnobbed at the University Senior Staff Club until past 8pm in the evening after which they left together through the Iba Gate of the University for their destinations. Unable to get vehicles at the school junction as it was late in the day,  the duo were said to have trekked several metres away from the gate ostensibly in search of a vehicle. Unfortunately, they were attacked by men of the underworld, dispossessed of their valuables and shot.  Majekodunmi was lucky to have escaped with the gunshot wounds and eventually got helped by passers-by to a nearby hospital, but sadly, Omomeewa did not survive the attack.

“His body was said to have been deposited in a mortuary in Lagos, while the injured staff is currently receiving treatment at the University Health Centre and responding well to treatment. At the moment, the university security department is working with the Security Agencies to investigate the sad incident with the aim of bringing the perpetrators to book.”