Germany To Return 7,000 Benin Artefacts To Nigeria By October – Official 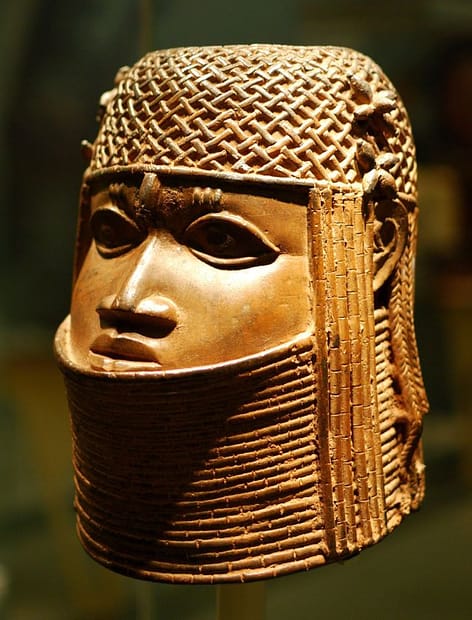 No fewer than 7,000 artefacts plundered from the Benin Kingdom are expected to be repatriated by Germany to Nigeria not later than October, Nigeria’s Ministry of Foreign Affairs has said.

Aduda also said the reparation of the artefacts would go with building an ultramodern museum in Edo and the training of some curators that would man the artefacts.

He said Nigeria had reached an advanced stage of discussions with Germany to return thousands of different pieces of Benin Bronzes back to the country.

The Nigerian official said the ministry had been at the forefront alongside relevant Ministries, Departments and Agencies (MDAs) to facilitate the repatriation of thousands of Benin artefacts from the Republic of Germany.

“We are working with relevant MDAs, we have had several high level meetings with the Republic of Germany and we are at the stage where thousands of artworks are to be returned to Nigeria.

“There are over 7,000 different pieces of artefacts that the Republic of Germany wants to give back to Nigeria,’’ he said.

“We have talked deep into this that the reparation is not only at giving back, but they are coming to put a modern day museum in Edo State and they are training 25 curators that will man the museum for sustainability.

“We have gone far and we are thinking that this will be concluded in October this year.

“We are hoping it will be a window to reach out to other European countries to return to us what was taken from us years back,” he said.

The permanent secretary commended the Consulate-General in New York for inaugurating in April, a Culture Centre and Library, equipped with books, cultural artefacts, research materials and historic documents on Nigeria for public use.

He said the participants were part of history as Cultural Centre hosts its first Cultural Show, saying “I believe that we will leave this event with a better understanding of our country.

“Also, with a heightened sense of admiration for our rich and unique ancestral heritage that has been the bedrock of our unity as a nation.

“We are encouraged by your interest and being a part of our storytelling today and I invite you to Nigeria to witness these festivals coming up later this year.’’

Aduda said the Argungu International Fishing Festival and the Osun-Osogbo Festival promoted at the event are just two of the many festivals that characterise Nigeria.

In his remarks, a New York Senator, Sen. Robert Jackson, urged Black people to be proud of their race and culture.

“If we are not proud about our race and culture, how do you expect other people to do it for us?

“I have come to be part of the cultural event and to learn about the rich culture of Nigeria,’’ he said.

Also Speaking, Amb. Cuthbert Ncube, Chairman of the African Tourism Board, said culture was a viable tool for development and should not be underestimated as the colonial masters did.

Ncube said the board was open to engaging like-minded stakeholders as Africa re-writes its own narratives and starts identifying the capacities God had deposited in its citizens.

“Culture is a veritable social capital deployed for growth and development and can translate to economic and technological capital,’’ he said.

The Show was organised by the Consulate-General of Nigeria, New York, in collaboration with the New York African Chorus Ensemble, the African Tourism Board and the Nigerian-Americans Public Affairs Committee.

The Consul-General of Nigeria in New York, Amb. Lot Egopija; his Atlanta counterpart, Amb. Amina Smaila; and Deputy Permanent Representative to the UN, Amb. George Edokpa were among the dignitaries that attended the event.