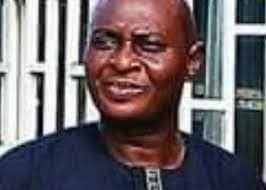 One of the five recently abducted persons in Kwara State, Ayodele Alabi, who regained his freedom on Thursday, is dead.

Alabi, who was released after spending six days in the den of the kidnappers and payment of N4.5m ransom, was reported to have died in the early hours of Friday in a hospital in Ilorin of the trauma and injuries he sustained while being tortured by the abductors.

Alabi, who retired as an engineer with the Federal Roads Maintenance Agency, will be buried in Ilorin next week Monday, according to a member of his family, who does not want his name in print.

The family member stated, “It is unfortunate that Ayodele died after the family paid a ransom of N4.5m to the kidnappers, who tortured him to the extent of removing his foot nail. After his release, he and two other captives, who are natives of Offa and who also paid ransom of N2m each, trekked about 11 kilometres in the bush before they came out in Oko in the Irepodun Local Government Area of the state on Thursday night.

“It is unfortunate that the police are claiming that the victims were released through their efforts; I can tell you how the families of the three victims negotiated to reduce the ransom from the N30m demanded by the kidnappers and paid them the agreed amounts. The police did not play any role in their freedom.

“Ayodele was kidnapped alongside his elder brother, who was abandoned and left behind when he couldn’t continue the journey as a result of exhaustion, and after regaining strength, he walked out of the bush on Sunday.”

Alabi was among the seven passengers kidnapped in a Toyota Sienna commercial vehicle by gunmen on Saturday, August 7, 2021, between Oke-Onigbin and Omu-Aran in the Irepodun Local Government Area of the state.

A pastor and his wife, who were also abducted in the Ekan-Meje/Ekiti area on the same day, were among those freed by the kidnappers.

One of Alabi’s friends, Olabiyi Olabode, who confirmed his death in a WhatsApp post on Saturday, said he died around 4am on Friday as result of exhaustion and the bruises he suffered in the hand of the kidnappers.

The new Commissioner of Police in the state, Mr Amienbo Assayomo, on Friday, confirmed the release of five kidnap victims, saying they were rescued in a forest in Ekiti State the previous day.

The police boss, who was silent on the payment of ransom, said the command had to go as far as combing the forests in Ilejemeje in Ekiti State before the abductees, including a pastor and his wife, were rescued.

“The police searched all the forests in Kwara State to free the victims, but we could not locate them; we later got information that they were in a forest in Ekiti State and we went up to Ilejemeje through the night before we secured their release on Thursday,” Assayomo had stated.