Buhari Vows To Fish Out Troublemakers, As FG Moves To Extradite Igboho 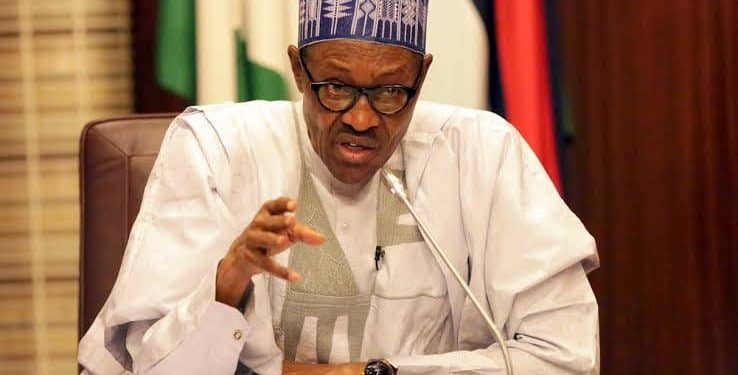 To extradite Igboho or not, President Muhammadu Buhari has assured Nigerians that more efforts would be made to fish out those troubling the peace of the nation and its citizens.

He gave the assurance hours after the arrest of Yoruba Nation agitator, Sunday Adeyemo, aka Sunday Igboho.

Read Also: Sunday Igboho Arrested On His Way To Germany

Buhari, who did not make direct reference to Igboho’s arrest, gave the assurance at his residence in Daura, Katsina State, after the Eid-el-Kabir prayers.

The president had earlier threatened to address criminals and secessionist agitators “In the language they understand”.

The leader of the secessionist group, Indigenous People of Biafra (IPOB), was arrested a few days after the president’s stern statement.

In a statement issued by his media aide, Garba Shehu, Buhari was quoted as mandating security outfits to be more relentless in maintaining peace in the country and ensure a more harmonious relationship with communities so that they can glean intelligence.

Buhari’s comments came as the federal government began moves to perfect the process of extraditing Igboho who was intercepted along with his German wife, Ropo, on their way to Germany.

The Department of State Services had declared Igboho wanted after its operatives raided the Soka residence of the Yoruba Nation agitator.

During the raid, the DSS said it recovered ammunitions, charms and arrested 13 people while two others were allegedly killed.

A suit by 12 associates of Igboho, which was reported to have been fixed for hearing at the Federal High Court in Abuja on Tuesday did not come up as the courts observed the eid holiday.

The fundamental rights enforcement suit was filed following the continued detention of the 12 after their arrest by the DSS.

Don’t extradite him, he won’t get justice in Nigeria, lawyer tells Benin Republic

Igboho’s lawyer, Chief Yomi Alliyu (SAN), yesterday asked the authorities of Benin Republic not to release his client to Nigeria because he won’t get justice from the government.

Alliyu, who confirmed the arrest of Igboho, accused the federal government of victimizing his client and urged Benin Republic not to extradite him.

“It is shocking news that the Nigerian Government has gotten Chief Sunday Adeyemo, arrested by INTERPOL in the Republic of Benin. Notwithstanding, the political nature of his offence and what the DSS earlier said that they refrained from arresting him so as not to overheat the polity of Southwestern Nigeria.

“The Extradition Treaty of 1984 between Togo, Nigeria, Ghana, and Republic of Benin excluded political fugitives. It also states that where the fugitive will not get justice because of discrimination and/or undue delay in prosecution the host country should not release the fugitive,” he said.

According to him, Article 20 of the African Charter on Human and Peoples Rights to which the four countries are signatories made agitation for self-determination a fundamental right to be protected by all countries.

He described Igboho as a political offender who cannot be deported and/or extradited for any reason.

“Secondly, that he cannot get Justice or even be killed is apparent in how those arrested in his house were detained for more than 21 days now without access to their lawyers. Even the wife among them could not change her undies for 21days! Which inhuman treatment can be more this?

“Again another wife of our client, Mrs Ropo Adeyemo, a German citizen, has been arrested together with her husband in Cotonou. What offence has she committed to warrant this?

“We urge the good government of the Republic of Benin and the international community, especially Germany, to rise up and curb the impunity of the Nigerian Government by refusing any application for extradition of our client who already has an application before ICC duly acknowledged.”

The Senior Advocate of Nigeria also argued that it is important that INTERPOL and Benin Republic are aware of the invasion of Igboho’s house by DSS operatives.

“It is advisable for the INTERPOL and Benin Republic to be aware of the savagery acts committed in our client’s house in the wee hours of 1st July 2021; between 1.00 am and 3.00 am; shooting their way through and killing 2 people in the process and maliciously damaging his properties in the course of that illegal invasion.

“Though the invading DSS officers did not state any reason for their invasion to our client before or during the invasion, they later paraded 13 people and ammunition which our client denied to be his as he is a peaceful campaigner for self-determination and it is on good record that the guns and ammunition displayed were the same displayed in 2013 in another instance,” the statement read.

The lawyer said one of the persons killed during the raid on the residence of Igboho was his business partner.

According to him, the deceased visited Igboho with two police escorts who were disarmed and their guns displayed to implicate Igboho.

“This could be seen on 2013 Facebook though DSS has dismissed this on their website. But what they cannot deny is that when they were leaving our client’s house, they left with two corpses and people arrested and nothing more, except 2 guns belonging to the police escorts of Mr Adisa Saheed Olalekan.”

“One of the people they killed was one Mr Saheed Adisa Olalekan of Oladams Motors, Osogbo, who came to Sunday Igboho’s house to discuss auto business. He came with 2 police escorts. Though the policemen were not among the people paraded to the public, their guns were among those displayed.

Meanwhile, a renowned historian and leader of the umbrella body of Yoruba Self-Determination Groups, Ilana Omo Oodua, Emeritus Professor Banji Akintoye, said he, alongside other “Yoruba patriots” are currently working to provide assistance for Ighoho to prevent his extradition into Nigeria.

In a statement, Akintoye called on all Yoruba people within and beyond the shores of Nigeria to be united.

““Fortunately, Benin Republic is reliably a land of law where the authorities responsibly obey the law. We have secured the services of a leading and highly respected lawyer whom we can confidently rely on.

“What the situation now calls for is that the Yoruba nation at home and in Diaspora must stand strong, resolved that neither Sunday Igboho nor any other Yoruba person will henceforth be subjected to inhuman or dehumanising treatment of any kind,” he said.

When contacted, the National Publicity Secretary of the pan-Yoruba socio-political organization, Afenifere, Comrade Jare Ajayi, said that the news of the arrest was a surprise.

He said but the body is still studying the situation before making a formal statement as details of the arrest was still sketchy.

He was, however, quick to add that security agencies appear to be more active in hunting those who are peacefully agitating for the rights and better deals for their people than they appear to be in dealing with bandits and terrorists who have deprived thousands of innocent Nigerians of their lives and properties.

“If half of the energy deployed to apprehend Nnamdi Kanu and Sunday Igboho had been deployed to the menace of terrorists and bandits who kill, rape, rob, and kidnap people, we would not have been in the unfortunate security mess that we are presently in.

It is hoped that government will direct more attention to addressing issues that gave birth to ethnic agitations. The earlier this is done the better,” he said.

A former Governor of Oyo State, Rashidi Ladoja, yesterday said the arrest of Igboho would not stop secession agitations.

The former governor stated this shortly after observing his Eid prayer in Ibadan, Oyo State capital.

He said; “I want to appeal to the federal government to grant Igboho and Kanu amnesty just as it did to repentant Boko Haram members.

“People are agitating for what they believe in, they should be treated with care and not as criminals.

“Arrest of Igboho will not change anything if the government failed to do the needful, many Igboho will be created.

“Just like Kanu has become an acclaimed leader and to some people, Igboho has also become a leader.”

About 24 hours since the reported arrest of Igboho, the Department of State Service (DSS) was yet to react.

Since the report came to the public, attempts to reach the spokesman for the Department of State Services (DSS), Peter Afunanya, have been unsuccessful as he neither responded to several calls nor replied to messages Daily Trust put across to him.

On Tuesday evening, several unsubstantiated reports were flying around that Igboho had been released by Benin Republic officials and the DSS was yet to comment on it.

It would be recalled that the DSS led the July 1 raid on Igboho’s Soka residence in Ibadan and declared him wanted after he escaped arrest.