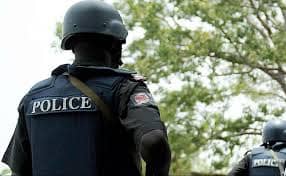 Family of a 34-year-old football enthusiast, Emmanuel Samuel, allegedly killed by a policeman in Abuja, has accused the Federal Capital Territory Police Command of holding on to his corpse.

PUNCH METRO had on July 28 reported how a policeman had allegedly shot him at a relaxation centre where he had gone with his fiancée and friends to watch a football match on July 11.

The deceased was leaving the centre when the policeman shot him in the leg after he had cautioned him against accidental discharge.

The family has, however, faulted the manner the case is being handled, demanding that his remains should be released to them for burial.

Speaking to our correspondent on Monday, Samuel’s younger brother, Hosea, said bills at the morgue were accumulating, adding that his family would not like to incur another debt after paying much to keep him alive.

He said, “They have been sending us back and forth to get the corpse of Emmanuel. We are not happy with the way the matter is being handled, yet they won’t release his remains for us to bury him.

“Besides, in our tradition, the longest we are allowed to keep a corpse is for seven days after which it must be buried. We have filed an affidavit and we have followed the process as advised by a lawyer.

“Last Thursday, those at the morgue would have released the corpse to me but they said they have been instructed by the police not to release it.

“Yet they were reminding us that we would be paying N1,500 for each day his corpse spends in their morgue. We don’t have the money. We have expended all we had to keep him alive and we even incurred loans.

“It is not appearing that we would get justice with the way the case is being handled. They asked us to bring witnesses, they detained them for two days before they were released. How do you want us to have confidence in this kind of system?”

When contacted for reaction, the FCT command’s spokesperson, Mariam Yusuf, did not respond to calls made to her line.

She did not also respond to the message sent to her on the matter.