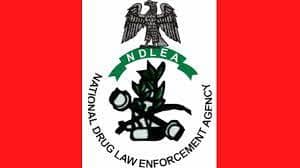 Since January 2021, drugs worth over ₦100billion have been seized and about 1,630 criminals arrested by the National Drug Law Enforcement Agency.

This is according to NDLEA Chairman, General Buba Marwa.

Addressing journalists on Friday after meeting with President Muhammadu Buhari at the State House, Gen Marwa who gave a brief of milestones attained since he became head of the NDLEA, said it is sad how low the nation had coped as regards the illegal use of drug.

“Nigeria has 10.6million cannabis users, this is the highest in the world, isn’t it sad?” the NDLEA Chairman asked rhetorically.

While noting that the cash accruing from the seizures has been sent to the Central Bank, the former military administrator believed a nation with such a high record of drug use should not be contemplating the legalisation of marijuana.

The NDLEA boss explained that scientists are yet to develop a way to make the Tetrahydrocannabinol (THC) level in cannabis, drop to zero, and as such the recreational drug is still very harmful to health.

“It’s a danger to society and we must never allow its legalization,” Mr Marwa argued, adding that “this is something we need to kill.”

According to the NDLEA Chairman, legalization of cannabis is something that the legislature will never agree to because the lawmakers know the implications of such an action.

“They dare not go back to their constituencies if anyone signs the legislation because we are seeing the implications on the ground, the youths, the families all being destroyed because of cannabis and drugs,” Mr Marwa emphasised.

Debates regarding a proposed legalization of cannabis in Nigeria have from time to time been brought to the fore especially since President Muhammadu Buhari appointed Gen. Marwa as NDLEA Chairman earlier in the year.

The retired brigadier general who was a former Military Administrator of Lagos State has since taking office, stood his grounds against the legalisation of marijuana.

In opposing the demands for the approval of cannabis in Nigeria, Marwa would always argue that the nation cannot afford to mortgage the lives of the citizens for financial gains.

For the NDLEA Chairman, the agency will continue to burn down marijuana farms and prosecute whoever is caught doing the business.