Dangote – The Only Nigerian On Bloomberg Billionaires’ List With $17.8bn 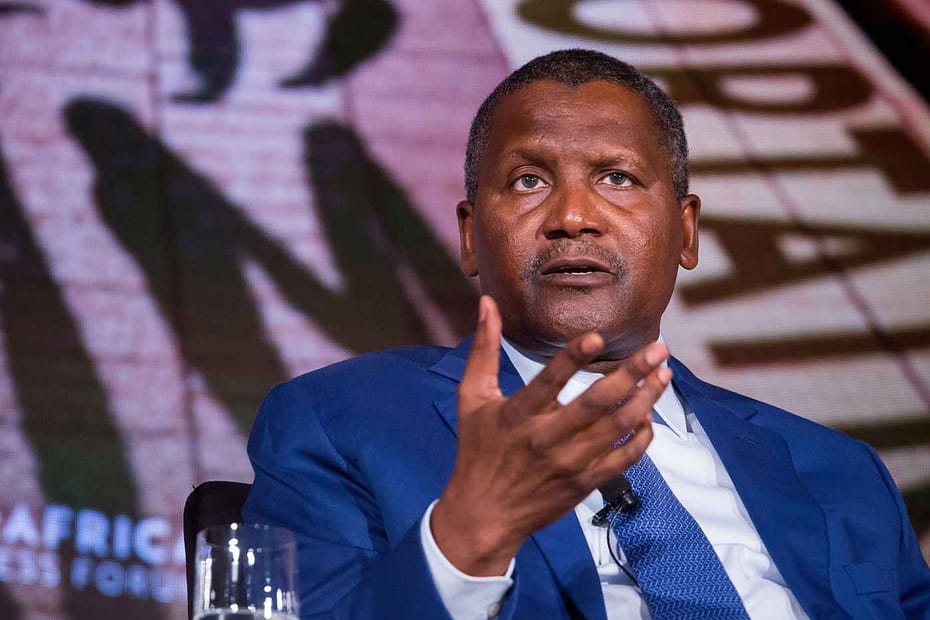 His fortune has increased to $17.8 billion as against last year’s $14.8bn to emerge as the only Nigerian in the Bloomberg’s yearly top billionaires’ list.

A total of 120 billionaires made the prestigious list released by Bloomberg on Monday.

Other Africans on the list are Johann Rupert and family, worth $10.1bn; Nicky Oppenheimer worth $7.80bn and Natie Kirsh with $7.15bn, all from South Africa.

Nassef Sawiris from Egypt is worth $6.93bn.

The Bloomberg Billionaires Index is a daily ranking of the world’s richest people.

Dangote is the richest man in Africa for the 8th year running.

Ellon Musk and Jeff Bezos are the richest in the world with $194bn in their respective kitty while Bernard Arnault and Bill Gates followed respectively with $174bn and $148bn.

Mark Zuckerberg is the fifth richest, with $135bn on the world’s billionaires chart.

Africa’s richest man, with his improved worth of $17.8bn, controls Dangote Industries, a closely-held conglomerate.

It also has interests in sugar, salt, fertiliser and packaged foods.

Aliko Dangote, was also recently named as the sixth most charitable man in the World by Richtopia, a digital periodical that covers business, economics, and financial news, based in the United Kingdom.

This recognition came after he endowed his foundation, the Aliko Dangote Foundation (ADF), to the tune of $1.25bn.