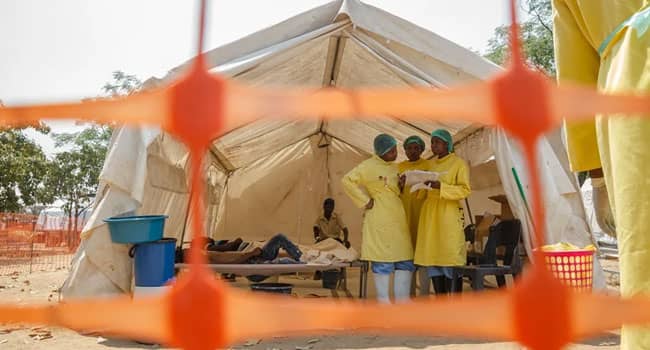 The outbreak of Cholera has claimed no fewer than 33 persons in both Yobe and Jigawa states.

In Yobe State, three deaths have been recorded with two others hospitalised at Girgir Community in Jakusko Local Government Area of the state.

This comes less than three days after 30 persons were reported killed in Jigawa State following the outbreak of Cholera across nine local government areas of the state.

The Jigawa casualties add to the increasing death toll from the disease across Nigeria. Other states that have reported deaths from cholera in the past few weeks include Enugu, Benue, Plateau, and Bayelsa.

Over 2,000 cases have been recorded in Jigawa with the state Capital, Dutse, and Hadejia local government areas the worst affected.

The Permanent Secretary, Ministry of Health in Jigawa, Salisu Mu’azu on Wednesday, during a press briefing blamed open defecation for the spread of the disease.

Jakusko local government area in Yobe State shares border with Jigawa and Bauchi states which have recently witnessed the outbreak.

Earlier in May, at least 20 persons died in a cholera outbreak in Bauchi.

The outbreak of the disease in the state hit the capital, Bauchi the most with 147 cases recorded there, out of the 322 cases confirmed cases in nine local government areas.