Boma Out Of BBNaija Show 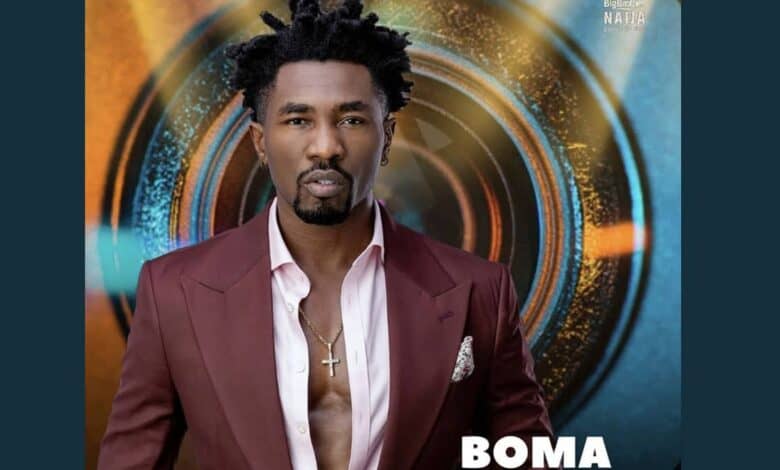 Boma has been evicted from Big Brother Naija Shine Ya Eye season.

Boma is the male housemate who kissed and spanked Tega, the only married female housemate in the show, leading to outrage on social media.

The incident happened on Saturday, Day 42 of the show, when Boma and Tega were in the executive lounge.

With the both of them alone, Boma spanked the mother-of-one and soon, the duo started kissing passionately.

Speaking after his eviction, Boma said he tried as much as he could to avoid ladies in the show.

The evicted housemate said he possibly had an intimate relationship with Tega because her bed was closest to his.

“I know myself. I tried not to be stuck with anyone. Tega is amazing, cool,” he said.

After the show, Boma said he would continue with his projects, one of which is on mental health.