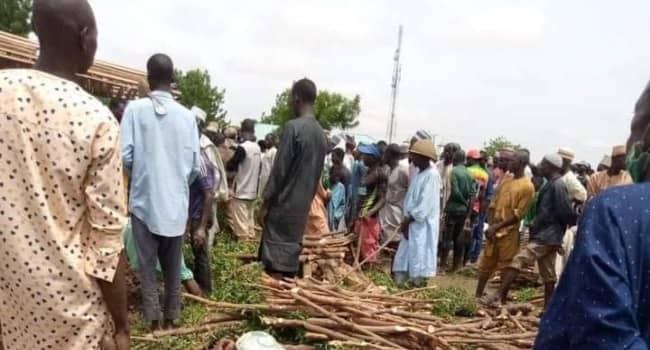 Bandits have killed 35 persons after an assault on five communities of Faru district located in Maradun Local Government Area of Zamfara State.

Gudan-Baushi, Gidan-Adamu,Gudan-Maidawa, Tsauni, and Wari communities woke up to the marauders’ invasion in the late hours of Thursday morning on motorcycles numbering over 100.

The state Public Relations Officer, Mohammed Shehu confirmed the incident to Channels Television. He however stated that efforts to reach the affected communities on time proved abortive due to the poor road network.

The assailants were said to have shot sporadically at the unsuspecting residents while destroying houses and properties.

“The police personnel tried their best to reach the affected communities on receiving the information that the bandits were there but unfortunately they could not reach the places because of the bad roads,” he said.

He insisted the “police are currently working tirelessly” to bring the bandits to justice.

Banditry and kidnap have become commonplace in Zamfara with the abduction of 317 female students from a government school in early February being amongst one of the growing cases of the menace.

Angry youths armed with weapons staged a violent protest along the Gusau – Kaura Namoda Highway decrying the state of insecurity. and attacks that the people of the area have suffered at the hands of the bandits.

Addressing a press conference on April 2, the Commissioner of Information, Ibrahim Dosara, revealed that no fewer than 2,619 people were killed in the state between 2011 and 2019.

He added that bandits abducted 1,190 people from various parts of Zamfara in the last eight years, and over 100,000 people were displaced from their ancestral homes as a result of bandits’ activities, while 14,378 livestock were rustled within the period.

Dosara noted that the Zamfara State government has spent the sum of N970 million on payment of ransom to bandits to secure the release of kidnapped victims since 2011.

He lamented that there were more than 100 different camps and over 30,000 bandits operating across Zamfara and beyond, but the state governments would continue with its amnesty program for bandits as part of measures to secure its people.