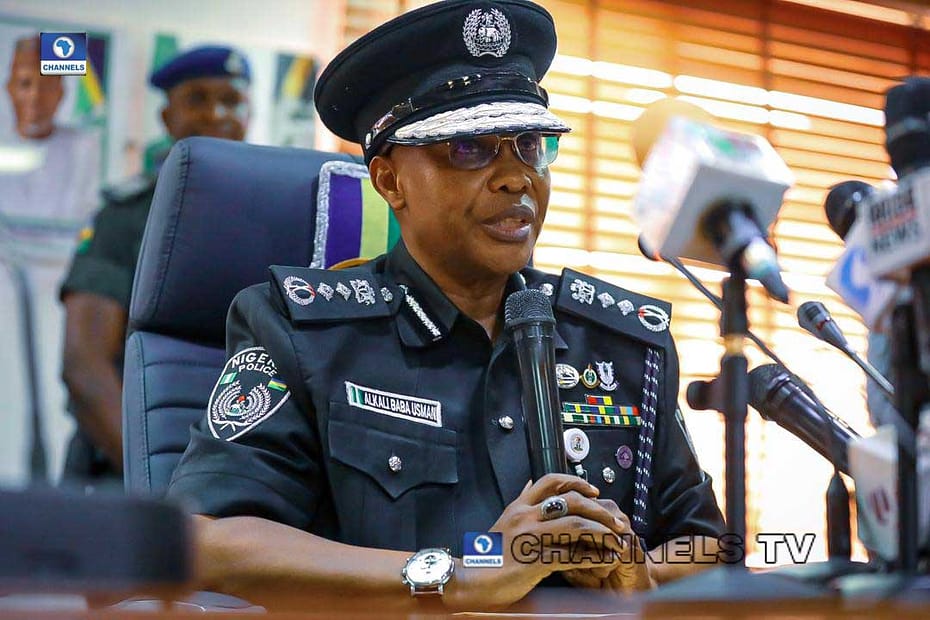 Kidnap victims on Monday explained how bandits had been thwarting the Federal Government’s security regulations in the telecommunications sector.

Residents of Katsina, Zamfara, and Kaduna states,  who recounted their experiences in kidnappers’ dens, told our correspondents that they made the bandits’ telephone numbers available to security agents.

They, however, lamented that nothing was done to apprehend the hoodlums, thus making a mess of the Federal Government’s directives on registration of telephone subscribers and the linkage of SIM with the National Identification Number.

Under sections 19 and 20 of the Nigerian Communications Commission (Registration of Telephone Subscribers) Regulations, 2011, telecommunications firms are expected to register all subscribers.

In 2015, the NCC directed all telecommunications firms to deactivate unregistered or partly registered SIMs.

The regulation, according to government, is aimed at ensuring that all subscribers are traceable for security reasons.

To further strengthen security in the country, the NCC last year directed the linkage of SIMs with the NIN.

But victims, who spoke to The PUNCH, said with the way bandits were operating, the two regulations were of no use.

In  Zamfara  State, a kidnap victim, Mallam Yusha,u Jangeme, said security agents in his village, Jangeme, did nothing to trace the telephone calls of the bandits who kidnapped him.

Jangeme said bandits a few months ago kidnapped seven people in his village and he was contacted to bring ransom before they could be freed.

According to him, when he got to the forest to give kidnappers N1.4m out of N3m they demanded, they detained him, saying he must bring the remaining N1.6m.

He stated, “As soon as I got there, they received the money and refused to allow me to return home, saying that the remaining balance of N1.6m must be paid otherwise, they would not release me and the other seven people.”

The victim stressed that the security agents didn’t render any assistance in tracing the telephone calls of the bandits despite the fact that operatives in his village (Jangeme) were aware of the situation.

He stated, “The security agents posted to my village (Jangeme) knew what was happening, but they didn’t make any attempt to use the telephone number sent by the bandits who kidnapped us.”

“When the bandits entered  our village, we quickly informed the police but they didn’t report to the scene until after three hours when the bandits had left.”

He added that when the bandits called him and demanded  N50m, he gave their phone number to the security agents, but nothing was done.

“The bandits called me and asked me to pay  N50m so that they could release my children and I told them that I didn’t have such a huge amount”.

“I gave their phone number to the police so that they could trace the abductors but unfortunately, nothing happened”.

Another victim, Aminu Sarki told The PUNCH that he spent 23 days in bandits’ den, adding that he did not get any assistance from the security agents who were aware of his abduction.

He stated, “There was no any effort by the security agents to rescue me throughout the 23 days I stayed in bandits den.”

He however explained that he was lucky to have escaped when the bandits were asleep.

In Katsina State,  a victim, who spoke on condition of anonymity, said when he was kidnapped, the bandits seized his younger brother’s phone.

According to him, it was the telephone they used in contacting his wife and negotiating a ransom of N7m.

He said the police were informed, but they did nothing.

In Southern Kaduna, which has suffered incessant attacks by bandits, residents said giving kidnappers’ phone numbers to the police had not been helpful.

The Southern Kaduna Peoples Union said the SIM registration spearheaded by the Federal Government had not assisted in curtailing insecurity in the country.

The SOKAPU’ Spokesperson, Luka Binniyat, told one of our correspondents in a chat on Monday that with or without the SIM registration, the insecurity was getting worse.

Binniyat said, “For all we know, the police usually contact members of the families of kidnap victims that are in touch with the criminals.

“The SIM registration does not seem to add any improvement to the security problem at all. As a matter of fact, it is getting worse.

“We not aware that security agencies have  tracked and arrested the bandits.”

But security sources told one of our correspondents that porous borders in Sokoto, Katsina, Kebbi and Kano states were responsible for the influx of foreign bandits and flow of firearms into the country.

They explained that the hoodlums engaging in mass abduction of students and people came into the country freely through the porous borders in the North-West.

After successfully abducting people and collecting huge ransoms, it gathered that the criminals would cross back to their countries with their loot, only to return to Nigeria after some time to carry out more abductions.

Some of the bandits have been identified as citizens of Niger, Chad, Cameroon, Senegal, Libya, Mali and the Central African Republic.

A senior police officer involved in anti-kidnap operations said, “The police have arrested so many in Kaduna but the bandits operating in the state are many. You know we don’t have borders. So the bandits come in to make money (ransom) and go back across the borders. They just go to their countries and come back.

“If you go to Sokoto, Kebbi, Kano, Katsina, we don’t have borders there. The borders are open and these people come in to abduct people and cross the borders with the money (ransom). The question is; what is the government doing to secure these open borders? Nothing, if you ask me.”

Asked why the security operatives could not track bandits negotiating ransom payment on mobile phones, a security official attributed this to the refusal of the people to cooperate with law enforcement agencies.

He said Nigerians had lost confidence in the security agencies and no longer share tips or intelligence that could lead to the arrest of bandits and kidnappers.

“It is not as if the police are not working. The arrested kidnappers from Kaduna are more than 500. These are confirmed kidnappers who were apprehended while collecting ransoms. The problem is that the authorities have not been able to prosecute them and the public needs to know what is happening.

“People are no longer reporting abductions.  They prefer to sell their property and give the money to the bandits because of fear that the bandits may kill their loved ones in captivity if they report to the security agencies.”

All our SIM cards are traceable, all our lines registered – Telcos

But the Chairman of the Association of Licensed Telecommunications Operators of Nigeria, Gbenga Adebayo, denied the allegation saying all SIM cards of the members of the association were traceable.

ALTON is the umbrella association of all telecommunication firms in Nigeria and has been speaking for the companies on several matters, particularly since the integration of SIMs and NIN commenced.

Asked if some of the lines used by bandits were not registered, Adebayo said, “There is no such thing. People saying such need to provide more information. There are no unregistered phone numbers working on any of our networks.

“There are no unregistered SIM cards working on the national network and then it has now become a requirement for the operators to ensure that SIM cards are linked to NINs.”

The Director, Public Affairs, Nigerian Communications Commission, Ikechukwu Adinde, declined comment when contacted on the matter, as he said, “I will not speak on that issue.”

Responding to allegations that the police were unwilling to go after bandits after receiving tips from the families of kidnapped victims, the force spokesman, Frank Mba, said, “Investigations of serious and sensitive cases such as the one under reference are usually not done in the open. In line with best practices, such investigations are discreet,  intelligence-driven, and target-oriented.

“That’s exactly what we are doing in this instance. Our assurance to victims of the crime and their relatives is that we will  do everything within our power to ensure the crimes are solved and hostages safely reunited with their families.”

But the Nigeria Immigration Service spokesman, Amos Okpu, said the NIS had continued to put in place structures and strategies including building of forward operation bases whose sole duties are to patrol the border flanks.

According to him, the objective of this is to intercept any irregular migrants who escape normal clearance at the recognized entry and exit points.

He said, “In terms of technology, we’re deploying border surveillance equipment for enhanced border security and our technology building has been so critical. Our MIDAS (Migration Information Data Analysis System) platform has been massive in data and intelligence processing efforts about migrants.

“It is important that you understand the complex nature of our extensive expansive borders as a country.  It’s equally important to note the dynamics of relationships, particularly among contiguous border communities.

“Many of these communities on both sides share so many commonalities in religion, festivals, and other cultural practices. In some places, a father on Nigerian side can stand out of his doorpost to call his wife or children in the other country.”

On what was being done to track unscrupulous elements in the country, Okpu explained that the service had been enrolling foreigners in the NIS database under the migrants’ e-registration exercise with a view to helping with intelligence and strategic planning.

He added, “We’ve found out that partnership with critical stakeholders at the grassroots level is germane to effective border security. This explains our renewed engagements with the traditional institutions to assist in providing us with information/intelligence about the presence of foreigners in their midst.

Recall that Sunday PUNCH had on July 11 reported that key tracking equipment deployed by the police to go after kidnappers, bandits, and terrorists had remained inactive since the beginning of the year.