Attack On NDA And Olawunmi’s Theory Of Colluding Insiders 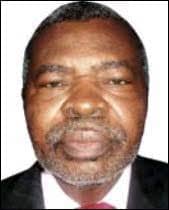 Journalism, as several intellectuals have quipped, is history in a hurry to the extent that it does not enjoy the luxury of constant crosschecking of facts nor the dignity of reflection afforded by time. There is, therefore, an intrinsic risk-taking about commenting on events as they unfold especially when you take into consideration the British political journalist, Andrew Rawnsley’s wisecrack, that 24 hours is a long time in politics and national affairs. Without such risks however, it would be practically impossible to practise journalism which of necessity has to offer news, commentary and analysis in the manner of instant coffee. So, it is possible that after this column on Tuesday morning’s terror attack on the elite military institution, Nigerian Defence Academy, Kaduna, has gone to the works, new developments would have probably overtaken some of the facts and perspectives in the public space.

That caveat entered, there already exists a corpus of settled facts and data which includes the narrative that “bandits” wearing military camouflage ambushed security men defending the institution including those operating the CCTV cameras, who were reportedly asleep; murdered two officers and abducted another one. Unsurprisingly, outrage, shock and panic trailed that sensational attack on an institution perceived as a bastion of military capacity, intelligence and fortification. As several people have remarked, if a military fortress could be so easily violated, where then are the remaining places of refuge in the country? There could be fewer ways through which the “bandits”, more appropriately terrorists, could have attracted national and global attention than the recent daring foray into the privileged sanctuary of force and arms.

In search of answers to a big national puzzle, Channels Television commendably invited Navy Commodore Kola Olawunmi (retd) who had spent at least two decades as a military intelligence operative who dispensed information that defined him as a “deep throat”. Olawunmi spoke with rare candour as the opening quote suggests and was indeed asked by Channels TV co-presenter, Chamberlain Usoh, if he had any apprehensions about his personal safety. The retired commodore replied very calmly to the effect that “if we tell the truth, we shall die someday; if we do not tell the truth, we shall also die someday”. His main revelation concerns the theory of colluding insiders dovetailing on the argument that if the current regime wanted, it could have ended Boko Haram and its latter-day mutation as bandits in a couple of months. To buttress his points, he cited the example of the late President, Umaru Yar’Adua, who put an end or at least substantially reduced the Niger Delta militancy while he was in office. What then is the problem? The officer says it is because there are high-ranking political figures that have been named in some interrogations he is aware of, who can be regarded as “sponsors” of Boko Haram and its derivatives. What is the end goal of so much trouble and bloodshed? Simply, to achieve the possible creation of an Islamic state in Nigeria in the manner of what recently occurred in Afghanistan.

Let me digress to remark the circulation of disturbing reports, yet to be confirmed, that a key political operative holding a cabinet position was allegedly caught rejoicing and dancing when news broke that the Taliban had seized control of that Asian country.

At this point, we must distinguish between data and data analysis. Olawunmi offered service by pointing to the fact that those he fingered in the course of his interview, without necessarily naming them, are responsible for the prolongation of the decade-old struggle against the insurgency. He offered only circumstantial evidence for an aspect of insecurity without giving convincing proof, probably because of the sensitive nature of the medium in which he spoke.

Readers of this column will recall that on at least two occasions, I admonished the Presidency to deny information posted on the platform of the Nigerian Political Science Association (Southwest) that the President, Major General Muhammadu Buhari (retd.), criticised the President Goodluck Jonathan administration for coming at Boko Haram while treating with kid gloves the Niger Delta militants. I did this in the hope that the spokesmen of Buhari will see the danger in associating the nation’s helmsman and Commander-in-Chief with a dreaded and murderous religious sect. There was no such luck and life continued as usual. One would hope for the sake of the unity of Nigeria and its prospects of long and short-term survival that official voices will be raised to counter the astonishing narrative that men and women in corridors and bedrooms of power are covertly sponsoring the insurgents, factions of which have now become bandits with a relentless toll of captives and murdered victims.

Specifically, Olawunmi says that the war against insecurity has been prolonged because its sponsors who are highly placed are hoping that one day an Islamic Republic will be the outcome of all the confusion and tragedy that have so far been unleashed in Nigeria. True, Olawunmi considering his association and tenure in military intelligence circles is unlikely to come on national television to disburse lies, but as I have hinted, we must wait for more information to endorse his conclusion that all the bedlam we have witnessed is to bring about the sharianisation of Nigeria considering that there are other plausible outcomes of the scenario painted by him. Nonetheless, it is a matter for profound regret that a government that was so swift to move against secessionist agitators could be so lukewarm about tackling, as Olawunmi informed, citizens who were apprehended recently for being sponsors of Boko Haram. Recall too that despite the furore which broke out regarding certain aspects of the profile of the Minister of Communications and Digital Economy, Dr. Isa Pantami, trenchant calls for him to be fired were steadfastly ignored while the Presidency in a controversial public statement actually rose to his defence.

In all seriousness, the allegations made by Olawunmi, given their weight, should be investigated urgently and any public office holder with questionable links to the insurgents or bandits should be shown the door by Buhari. With less than two years to go in office, Buhari should be more concerned about his legacy and place in history. After all, he can no longer contest elections, he should not waste time in ridding Nigeria of the albatross of insecurity which he identified during his campaign in 2014 as a cardinal governance issue. Too often, people who give information are either shoved aside or sometimes persecuted; we can no longer play the ostrich.

All concerned should note that the judgment of history may be slow but certain to come and at that point, objectivity will be the principal factor in arriving at verdicts. Remarks made touching upon the ease with which the terrorists gained access to our premier military institution should be taken seriously and a national probe should be commenced in order to unearth the facts and to assure Nigerians that they are safe in their land of birth.