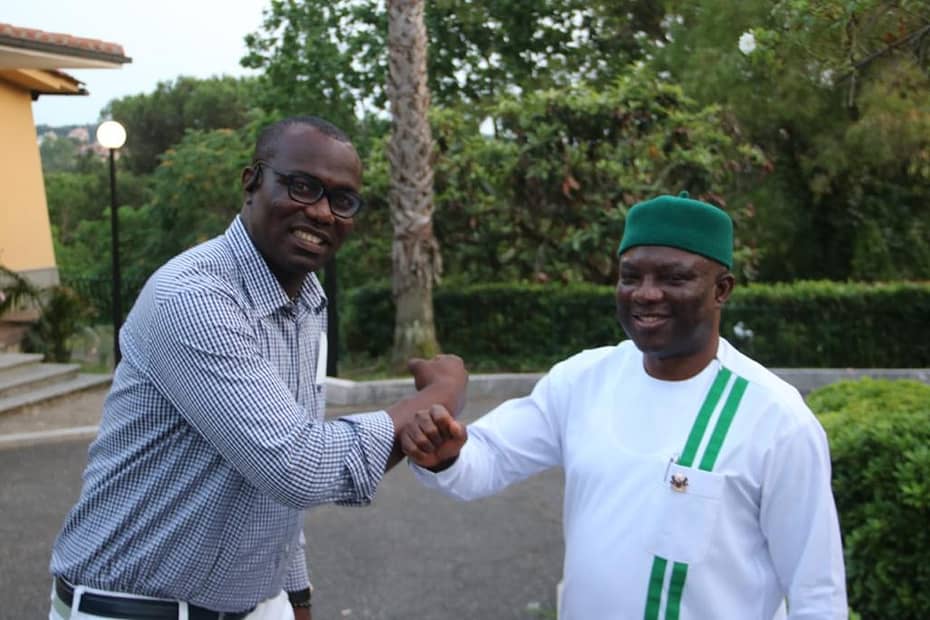 “And as a Nigerian living in Italy and an elected official (Welfare Officer) of the National Union of Nigerian Associations in Italy, I am duty-bound to tell the truth so that the public will know what is happening in Italy.

The National Union of Nigerian Associations in Italy (NUNAI) has described as false the allegations against the Italian government by Mr Osaze Ero, a former commissioner in Edo.

The union made the description in a statement signed by its Welfare Officer, Micheal Oputteh and made available to NAN on Saturday,

The News Agency of Nigeria (NAN) reports that Ero, a one-time Commissioner for Arts, Culture and Diaspora Affairs in Edo, is accusing Italian officials of wrongful detention when in 2019 he embarked on a trip to Germany.

He had said, during a visit to Mrs Abike Dabiri-Erewa, Chairman/CEO of NIDCOM that he was tried under a corrupt Italian Justice System and was racially abused just like many Nigerians.

However, Oputteh, as the welfare officer of the Italy-based Nigerian union is denying the former commissioner’s claims, saying that Nigerians were never targeted by the Italian government.

He said the Italian government had provided great working, living, and friendly environment for Nigerians legally living in Italy.

Oputteh noted that Italy would, just like any other country, arrest, try, and detain in prison anyone found guilty of  flouting its laws by engaging in criminal activities.

According to him, the more than 100,000 Nigerians living in Italy are neither being victimised nor unlawfully detained by Italian authorities.

“I listened to the interview granted by Osaze Osemwegio Ero, during his visit to Dabiri-Erewa.

“And as a Nigerian living in Italy and an elected official (Welfare Officer) of the National Union of Nigerian Associations in Italy, I am duty-bound to tell the truth so that the public will know what is happening in Italy.

“First and foremost, Italian authorities have never targeted Nigerians for any harassment, nor are they engaged in racial discrimination.

“Precisely, we have more than 100,000 Nigerians living legally in Italy.

“These people are engaged in legitimate businesses and some have even integrated into the Italian society and married Italians while Italians also married Nigerians.

“Some have also acquired their citizenship. How come the same Italy gave Nigerians good abode in Italy. Why are the more than 100,000 thousand Nigerians not arrested and put in prisons?

“It is also surprising that Mr Ero is accusing the Italian Judiciary of corruption and manipulation.

“The same corrupt judiciary tried him and set him free for lack of enough evidence. It means the judiciary is very fair and transparent.

“The lives of Nigerians in Italy put together are greater than his political ambition. I personally know the extent to which I went in collaboration with the embassy when he was in detention, trying to secure a house for him.

“It is surprising that he is claiming he did not receive any assistance from the government of Nigeria,” he said.

Oputteh who noted that Italy is a sovereign state wondered whether Ero’s utterances and actions were intended to mislead Nigeria onto a diplomatic collision course with Italy.

He advised the former Edo commissioner to seek redress through legal means if he felt so strongly about the way and manner he was treated by the Italian officials.

“My advice to Ero is to approach his issue through legal means to seek redress rather than engaging in media propaganda.

“The law is the law anywhere in the world. Nobody is above the law,” Oputteh said.