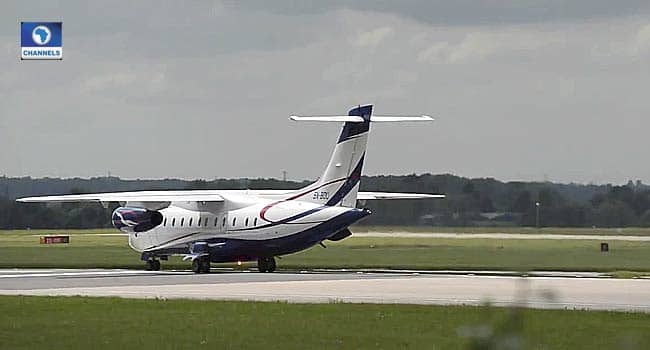 Sixty-six passengers onboard an Air Peace aircraft narrowly escaped death as the plane’s tyre burst on landing at the Ilorin Airport in Kwara State.

The incident happened on Friday while the B737-500 aircraft with registration number 5N-BQR was taxiing to the parking bay at the airport.

The passengers are said to have disembarked safely.

Although one person was reportedly injured during the incident, there was however no loss of life.

According to a statement issued by the airline management, the incident has been reported to the authorities.

Meanwhile, the Accident Investigation Bureau said its safety investigators did an evaluation of the occurrence and decided not to investigate and has released the aircraft to the Operator (Air Peace).