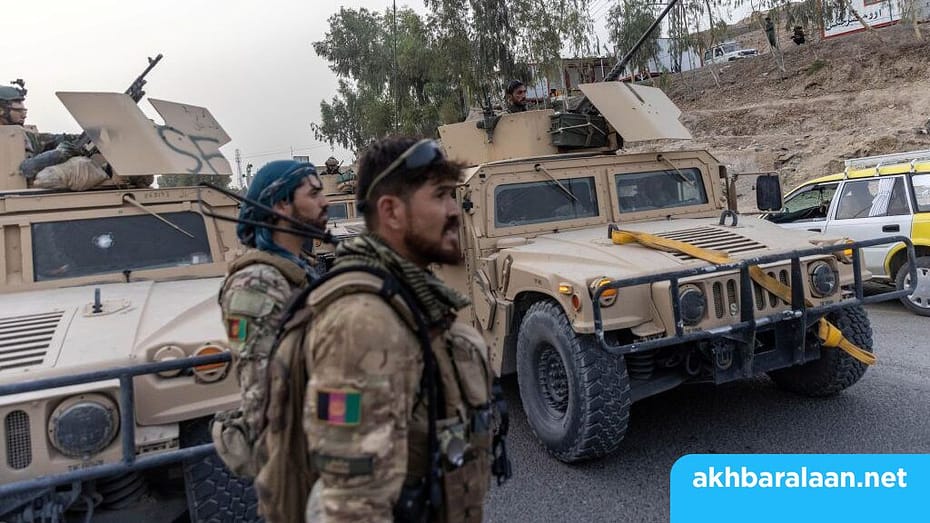 The curfew will be effective between 10pm and 4am local time [File: Mohammad Ismail/Reuters

Thirty-one of the country’s 34 provinces to be under 10pm to 4am curfew, the interior ministry announces.

Afghanistan’s government has imposed a night-time curfew across almost all of the country’s 34 provinces to stem surging violence unleashed by a sweeping Taliban offensive that has seen the armed group make rapid territorial gains.

“To curb violence and limit the Taliban movements, a night curfew has been imposed in 31 provinces across the country,” except in Kabul, Panjshir and Nangarhar, the interior ministry said in a statement on Saturday.

The measure will be effective between 10pm and 4am local time, Ahmad Zia Zia, deputy interior ministry spokesman, said in a separate audio statement to reporters.

Al Jazeera’s James Bays, reporting from the capital, Kabul, said the reason for the curfew was “quite straightforward”.

“It’s been clear for many years that in contested parts of Afghanistan, the government may control things during the day, but the Taliban, very much, own the night.”

‘The war has come to their doors’

Fahim Sadat, the head of the international relations department at Kardan University, told Al Jazeera that “the government wants to keep an eye or restrict the movement from one region to another”.

“Also, this curfew will send a message to the large population centres in urban Afghanistan that the war has come to their doors, and those segments of the society who see themselves in support of the government needs to wake up and contribute in any way that they can,” he said.

Thousands of Afghans have joined in the fight against Taliban [File: Reuters]

Wahida Shahkar, spokeswoman for the Parwan governor’s office said that so far people in Parwan have not reacted to the news, but that the policy was going to be enforced in the northern province.

“So far, we’ve been lucky, Parwan is still much better off in terms of security than other places, but we will follow the policy in order to ensure a more secure Afghanistan.”

Basir Ahmad Waqef, a journalist in the city of Kunduz, said people dismissed the news in his province as well.

“It’s not positive or negative, we all just heard it on the radio and read the statement.”

But he said given the security situation in the city, which he described as “surrounded in all four corners”, people would likely follow the measure.

“The government is probably going to have to carry out night operations, and one way to ensure people’s safety is to make sure they are at home.”

The Taliban has swiftly captured territory since early May and seized strategic border crossings, as the last United States and NATO soldiers leave Afghanistan.

The US-NATO withdrawal is more than 95 percent complete and is due to be finished in weeks.

On Wednesday, top US military officer General Mark Milley told a Pentagon news conference the Taliban had “strategic momentum” and was in control of about half the countryside as it drove to cut off population centres from the Western-backed government in Kabul.

The group’s fighters are threatening a number of the 34 provincial capitals but have yet to wrestle control of any of them.

The US, Germany and other countries have called on the Taliban to terminate the offensive.

Meanwhile, the Taliban insists there will not be peace in the country until there is a new negotiated government in Kabul and President Ashraf Ghani is removed from power.

“I want to make it clear that we do not believe in the monopoly of power because any governments who [sought] to monopolise power in Afghanistan in the past, were not successful governments,” Taliban spokesman Suhail Shaheen told The Associated Press news agency, apparently including the Taliban’s own five-year rule in that assessment.

“So we do not want to repeat that same formula,” he added.

Ghani has often said he will remain in office until new elections can determine the next government.

On Friday, the White House said US President Joe Biden had authorised up to $100m from an emergency fund to meet “unexpected urgent” refugee needs stemming from the situation in Afghanistan, including for Afghan special immigration visa applicants.

Biden also approved the release of $200m in services and articles from the inventories of US government agencies to meet the same needs.