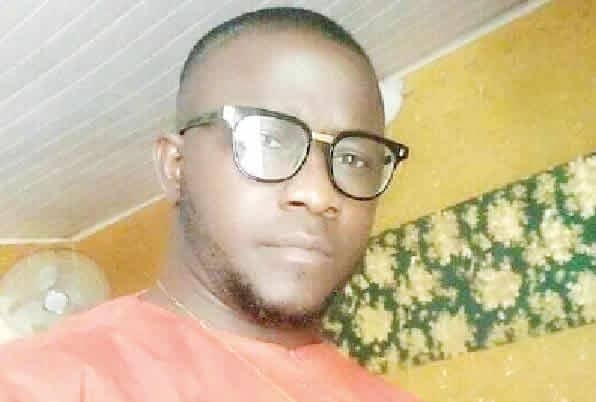 A 34-year-old football enthusiast, Emmanuel Samuel, has died after a policeman allegedly shot him at a relaxation spot in the Federal Capital Territory, Abuja.

Emmanuel was said to have gone to the spot with his fiancée and friends to watch a football match on Sunday, July 11, when the incident happened.

PUNCH Metro learnt that the victim was leaving the bar when the policeman shot him in the leg after he cautioned him against accidental discharge.

His sister, Veronica Samuel, said a hospital in the area refused to attend to him without a police report.

She added that her brother was taken to a police station to get the report, but the police threatened to handcuff him.

Recounting the incident, she said, “My brother went to watch the Euro 2020 final between England and Italy with his fiancée and friends at the Emperor Garden in Saburi 1, Mopol Barracks. The police went to the place to arrest someone.

“He was leaving the place at that point in time when he saw one of the policemen cocking his gun and pointing it in his direction. His friends said he told the policeman to be mindful of the way he was pointing the gun to avert accidental discharge which could kill people at the spot. He was leaving when a shot was fired.

“The bullet hit him in his left lap from behind and came out in the front. Immediately, the police fled the scene. His fiancée and others took him to a hospital, but a police report was requested. They went to the police station in the area, but they refused to give a police report and threatened to handcuff my brother, who was in pain.

“Instead of giving us the report, they referred us to an ill-equipped hospital close to the station. They went with us there and said he was in their custody and he would be handcuffed there. We resisted that.

“When we discovered it was getting worse, we took him to the Gwagwalada Specialist Hospital, where he died on July 19. According to one of the doctors there, he could have been alive if he had better first aid. We went back to report his death at the station, but we were sent away. “

A spokesperson for the FCT police, ASP Mariam Yusuf, said the command was investigating the matter.

Yusuf said, “We are appealing for more information from members of the public on the identity of the person who shot the deceased.”