479 Killed As Cholera Spreads To 18 States 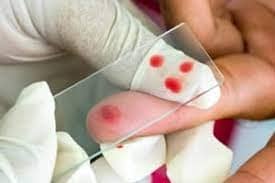 A total of 479 people have been killed in the current outbreak of Cholera in the country.

The Nigeria Centre for Disease Control (NCDC) disclosed this in its latest situation report.

It said since the beginning of this year, a total of 19,305 suspected cases have been recorded and that the disease has spread to 18 states and the Federal Capital Territory (FCT).

The report said there has been an increase in the number of new cases in Bauchi, Kano Jigawa and Kwara.

Cholera is an acute diarrhoea disease caused by a bacteria called Vibrio cholera. It is a potentially life-threatening, and primarily a water-borne disease.

Symptoms of the disease include nausea and vomiting, dehydration which can lead to shock, kidney injury and sudden death, the passage of profuse pale and milky, watery stool (rice watercoloured), and body weakness.