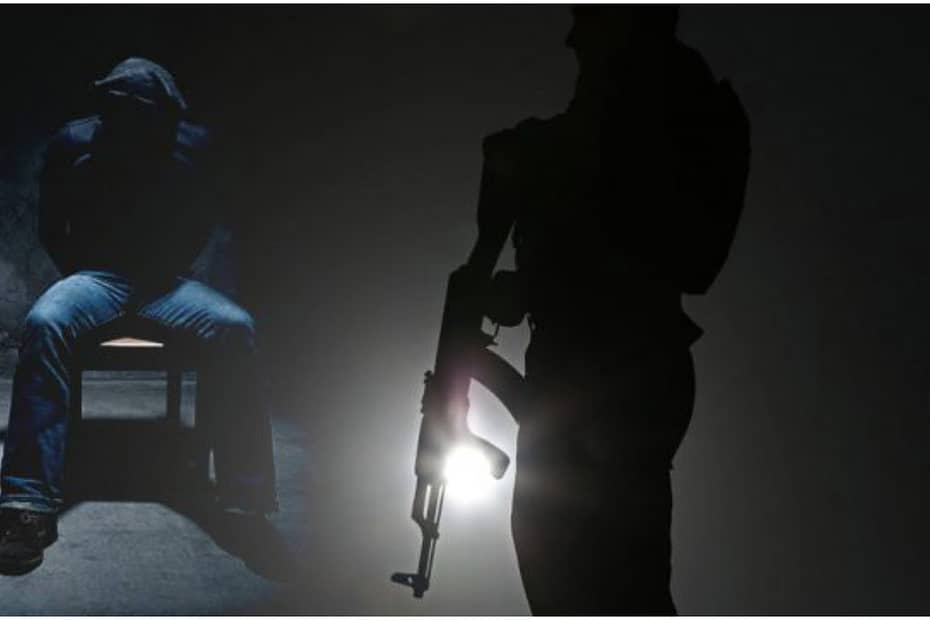 Alhaji Alhassan Adamu, the Emir of Kajuru and 13 others were kidnapped on July 11 in Kajuru Local Government Area of Kaduna State.  The kidnappers had demanded N2m. The 85-year-old second class traditional ruler was released after a night with his abductors.

Barely two weeks, the traditional ruler of Jaba, the Kpop Ham of Jaba chiefdom in Kaduna State, Jonathan Danladi Gyet Maude, was abducted around Panda in Nasarawa State while visiting his farm located on Gitata, a border town between Kaduna and Nasarawa states.

The 80-year-old first class monarch was released on Wednesday after spending two nights with his abductors. The kidnappers demanded a N100 million ransom. But it was unclear if any ransom was paid or the royal father was rescued by security operatives.

At least 113 traditional rulers have been kidnapped in different parts of Nigeria in the past four years, data examined by Daily Trust has shown. Below are the years under review and those who fell victims to this menace, which has become a ‘new normal’ in the country.

In Achuma community of Kaduna State, His Royal Highness, Yohannah Kukah, the paramount ruler of Ikulu, was kidnapped in January for a ransom of N1million.

Also, on May 6, Alhaji Umar Awoje, the district head of Gulida, was kidnapped at Gulida village in the Federal Capital Territory (FCT) for a ransom of N10 million.

In Taraba, the chief of Sansani, Mallam Abdulmudallabi Nuhu and two others were abducted on the Jalingo Mutum Biyu road on May 29 for N50m.

Again, at Auga-Ise Akoko road in Ondo State, Olori Olukemi Agunloye, the wife of an additional ruler of Auga Akoko community and her driver were abducted for N1m.

These bring the number of abducted traditional rulers to eight within five months in 2018.

In Zamdam, Katsina State, Babangida Lawal, the head of the village and a business man, Murtala Rabe, were kidnapped on June 1.

Queen Elizabeth Erebulu, the mother of the traditional ruler of Kabowei Kingdom, Shadrach Elebulu Adou and her sister, Mrs Okee Yawoma, were abducted at Patami town of Delta State on April 17. A sum of N11m was paid as ransom.

Again, in Daura, Katsina State, Alhaji Musa Umar, the Magajin Garin Daura, was kidnapped on May 1 and $30m was demanded as ransom.

On June 11, Alhaji Bature Mai’Unguwa, the village head of Labo, was abducted at his domain.

Alhaji Buhari Ammani, the district head of Yanbanka in Zamfara State, four family members and three others were abducted in his village on June 21.

Along the Enugu-Port Harcourt expressway in Enugu State, His Royal Majesty, Igwe Sunday Orji and his wife, Obom Agboguaju, were kidnapped on August 4.

At Madaka and Kukoki villages in Niger State, the district head of Madaka, Alhaji Zakari Yau, his wife and two vigilante heads were kidnapped on December 4.

Alhaji Abubakar Yahaya, the district head of Birnin Gwari central and Ibrahim Musa were kidnapped along the Kaduna-Birnin Gwari road on December 18. The kidnappers demanded N30m as ransom.

In Ihitoha Uratta community of Imo State, the wife of the traditional ruler, Queen Comfort Okoro was also kidnapped on January 26.

More so, the district head of Gayari village in Zamfara State, Alhaji Hassan Muhammed and another man were abducted on the 31st of the same month. Their abductors demanded N40m, but N5m was said to have been paid.

In Benin City, Edo State, Queen Florence Ikhumhen, the wife of the traditional ruler of Ewatto Kingdom in Esan South-East Local Government Area, and her daughter were kidnapped in September. But no ransom was said to have been involved.

On January 21 alone, three persons were kidnapped in Wuya town in Zamfara. The victims included the district head of the community, Alhaji Umar, his son, Manir Umar and Chief Iman Mallam  Murtala.

The district head of Lingyado, Dalha Danjago and four other persons were abducted in October 25.

One month later, November 11, five persons – Alhaji Halilu Matseri, the district head of the town and his four children – were kidnapped at Matseri town.

On April 20, the traditional ruler of Bogghon in Plateau, Alhaji Shehu Suleiman and two other persons were abducted.

Daily Trust Saturday also found out that on May 16, two persons – the wife of the district head of Bashar, Asmau Usman and his driver, Auwalu Kakirani – were abducted.

Also, in Manini village, Kaduna State, Mai Anguwa, the district head of Illo and five others were kidnapped on February 9.

Also, at Tsara, Kano, Aishatu Aliyu, the wife of the village head, Aliyu Muhammad, was kidnapped on October 23.

Also, in Agwada town of Nasarawa State, Alhaji Kan Kau, a Fulani leader and his two sons were abducted on November 22.

In Kusherki, Niger State, the wife of the district head, son and brother were kidnapped on February 2.

Alhaji Ibrahim Ahmed, the village head of Kunduru in Katsina was also kidnapped in the same month.

In Oshiagu Ngbo community, Ohaukwu Local Government Area of Ebonyi State, John Nnaji, the village head and four others were kidnapped on February 3.

On April 4, eight persons, including Eze Charles Iroegbu of Umueze community, Nguru, and his seven cabinet members, were abducted at Seven and Half Junction in the Obowo area of Imo State.

Ilemeso-Ekiti, Ekiti State, also recorded a kidnap incident in April 16 when Oba David Oyewumi, the Obaadu of Ilemeso-Ekiti was taken away. The sum of N20m was demanded by the abductors.

Furthermore, Etubom Into Okon Etim, the traditional ruler of Esuk Atu village in Cross River State, was kidnapped on April 30. The kidnappers asked for N5m as ransom.

In Zungeru, Niger State, the Madakin and his two wives were kidnapped on June 6.

The kidnappers demanded N10m, but N5m was said to have been paid.

The Baale Tafa Apanpa, the village head of Araromi and his wife were kidnapped at Bakatare, Ido Local Government Area of Oyo State on June 22. The sum of N2m was said to have been paid as ransom instead of the N50m the kidnappers demanded.

Alhaji Alhassan Adamu, the Emir of Kajuru and 13 others were kidnapped on July 11 in Kajuru Local Government Area of Kaduna State.  The kidnappers demanded N2m.

In Kogi State, Alhaji Mohammed Adembe, the Adogu of Eganyi in Ajaokuta Local Government Area was abducted on the Okene-Adogo road, between Ebiya and Eganyi on July 12. The abductors demanded N30m.

Apart from traditional rulers and members of their families, different classes of people were kidnapped within the period under review. While some of them returned from their captors’ dens alive after paying ransoms, others lost their lives in captivity despite paying ransoms. In most cases, those who could not pay ransoms were killed.

‘They target monarchs to shame the state’

A former Deputy Inspector-General of Police (DIG), Adedayo Adeoye, Friday revealed that the kidnappers have made traditional rulers their target in recent time in order to shame the state.

He said because the criminals are aware that it is a shame for the state if monarchs are abducted in their domain, so they continue to make traditional rulers their victims to boost their nefarious activities.

Adeoye, in a telephone interview with Daily Trust, explained that the criminals are becoming more daring in bringing traditional rulers to their den with a view to boosting their illegal business.

“They are actually abducting these monarchs just to get more money, nothing else! They know that it is a shame for the State and everyone to hear that a monarch is kidnapped. The criminals know that people will gather money quickly to free their leader.”

‘’But it’s still a bad image for the government of the State. For instance, if what is happening in Kaduna state happens in another, a State of Emergency would have been declared. Well, since politics is involved, the Federal Government won’t look at that side,’’ he said.

The former senior police officer stressed that the government knows how to stem the tide if they are ready to stop the marauders terrorising the country.