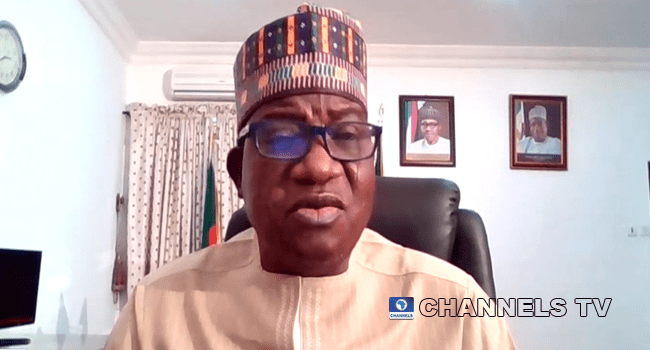 The Northern Governors Forum (NGF) has condemned the killing of Deborah Samuel, a student of Shehu Shagari College of Education Sokoto who was killed on allegations of blasphemy.

Chairman of the forum Simon Lalong and Governor of Plateau State in a statement expressed the governors’ concern about the development which was clearly an extra-judicial measure of addressing perceived infractions.

The Italian authorities on Friday impounded a mega yacht at the centre of a mystery over its ownership as speculation swirled it might even belong to the Russian president.

“Scheherazade”, worth an estimated $700 million, has been the subject of a probe into its ownership by Italy’s financial police.

The Italian probe has helped “establish significant economic and business links between the person who officially possesses the Scheherazade and eminent people in the Russian government,” as well as Russian figures sanctioned by the West following Russia’s invasion of Ukraine, the Italian Ministry of Economy and finance said in a statement.

Naira Marley Travails With The EFCC

Anosike, a forensic expert with the Economic and Financial Crimes Commission (EFCC), told the judge how several credit card numbers were extracted while analysing the content…

Another set of 2,783 terrorists and their families have surrendered to troops following a renewed offensive against the criminal elements in the Northeast and North-West… Read More »Banditry: Another 2,743 Terrorists Surrender As Troops Sustain Offensive

The Nation learnt he was killed at Umuoji in Idemili North LGA of Anambra State on Tuesday evening.

Though details of the incident are still sketchy, a source close to the family said the deceased was still at the University of Nigeria Nsukka Alumni Association …

The Nigerian Navy has dissociated itself from the submissions made by commodore Jemila Malafa at a House Public Hearing on a bill to establish a… Read More »Arms Proliferation: Navy Disclaims Submission By Officer

No fewer than 20 civilians have died from a supposed airstrike in Dabar Masara, a border town in Monguno Local Government Area of Borno State.… Read More »Over 20 Farmers Feared Dead In Suspected Borno Airstrike

The Nigerian Navy has accused soldiers in the Chadian Army of illegal sale of arms. A representative of the Chief of Naval Staff, Commodore Jemila… Read More »‘They Sell Arms When Broke’, Nigerian Navy Indicts Chadian Army